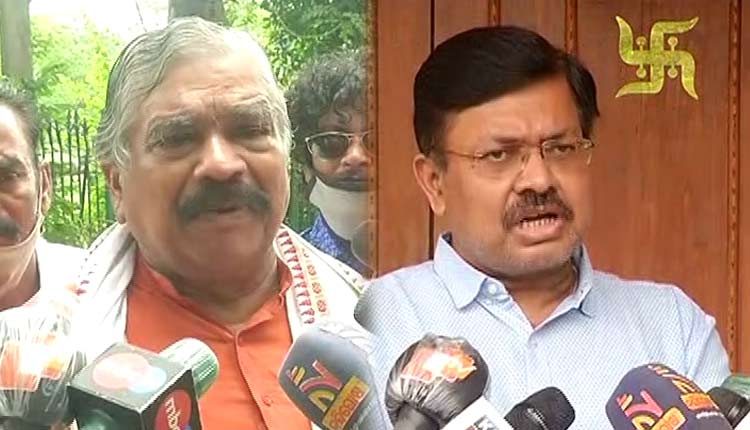 Bhubaneswar: A political slugfest has erupted between the Congress and the BJP over Union Home Minister Amit Shah’s scheduled ‘virtual rally’ tomorrow in which the senior saffron party leader will address people of Odisha.

Congress MLA Sura Routray termed the event as a ‘crime when the country is fighting the alien virus’ and said, “It is illegal to organise such rallies during this Coronavirus lockdown and shutdown. Will he be spared because he is the Union Home Minister?”

He further said that a complaint needs to be registered again Shah for organising such rally and he must be arrested. “We are abiding by the lockdown norms but the rule makers are not following the restrictions themselves,” he rued.

Due to the inefficiency of the Centre, migrants had to suffer and they returned to Odisha through various means by putting their lives at stake. Chief Minister Naveen Patnaik had said that 15000 COVID tests will be conducted a day, however, a mere 2000 tests per day is being done, said Routray.

“Only if the Congress leaders comment after knowing the meaning of a virtual rally, we will give them any sort of importance,” said Harichandan.

“People can take part in the rally by staying at home,” he said adding that Shah will highlight the steps taken by the Narendra Modi government so far towards the all-round development of Odisha.

State BJP president Samir Mohanty had earlier said that the objective of the virtual rally is to reach out to people and apprise them of the Modi government’s achievements in the first year of its second term and steps taken to tackle the COVID-19 pandemic.