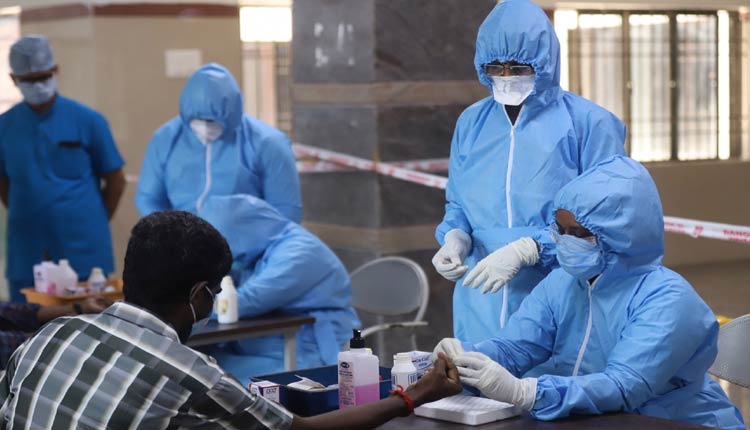 Bhubaneswar: Has a pandemic like COVID-19 swelled the cases of medical negligence and mismanagement? Seems so. The fear of getting infected with coronavirus appears to be testing not only the governance of local administrations but the humanity of the entire human race.

The recent cases of alleged negligence and mismanagement at the hospitals are more than enough to shake anyone. Here are some of the cases that might wake you up to a harsh reality of our healthcare system in such critical times.

Despite government making it mandatory for all hospitals to admit patients and treat, a leading private hospital in Bhubaneswar denied a patient in an emergency to be even taken to the hospital, let alone admission or treatment. The incident reported from Jagamara area in the capital city was that of a patient bedridden for the past seven years. He developed urine infection and a consequential fever. When his son contacted ambulance services, a van came to the house only to refuse to pick him citing fever (one of the symptoms of Covid). They, however, took Rs 4500 from the family and later handed over a bill. The reason the paramedical staff in the ambulance cited was lack of isolation beds in the hospital.

“At 10 pm, it was an ordeal to meet my father’s emergency situation. First, we waited for the ambulance with the hope that my father (80) will get the immediate attention of doctors and then the harrowing moments of facing denial. Even after I told them that my father has blood oozing along with urine and the fever was the effect of that, the paramedical staff refused outright. Rather he charged me the money in cash and left citing lack of isolation bed for fever patients. Even 108 ambulance refused to take him,’’ said the patient’s son Lalatendu Ray.

‘’It has been a challenging time for us. That time we had only five isolation beds and all were occupied. We have been advised by the government to take in patients after observing them for a few tests. To add to it we have human resource issues as some people are working on the roster and given 15 days leave after the same number of duty days. But now we have 25-30 beds,’’ said the official of the hospital. However, he insisted that anyone asking for an ambulance from the hospital has to bear the cost of the PPE, that being the reason for the inflated bill, he added.

It is up to anyone to gauge if Rs 4500 is an amount affordable by all for an ambulance service. 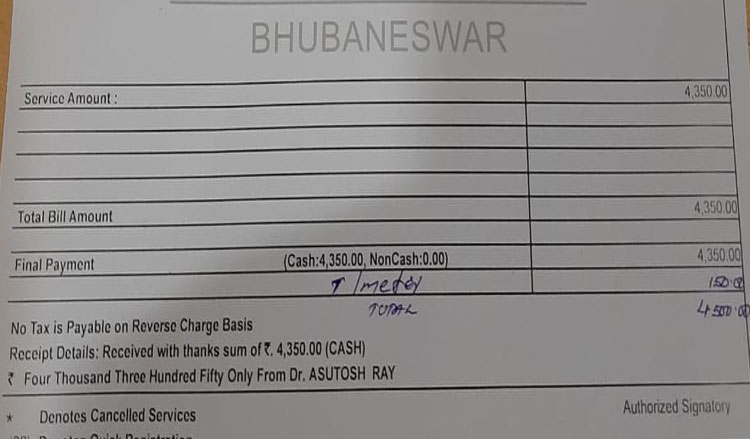 In another heart-wrenching incident, a retired employee of Berhampur Development Authority (BeDA) and a resident of Rajiv Nagar Area in the city died at a COVID hospital after suffering from fever and breathlessness. The patient’s son alleged that he was neither attended by doctors nor provided oxygen support.

“There was no stretcher available at the hospital, so I had to carry my father through the staircase. I even bought a PPE kit for the staff at the hospital when they asked me to purchase one so that they could attend my father wearing the same. The doctor finally came, but my father’s pulse had already faded away by then,” alleged his son.

The medical authorities or the district administration could not be contacted over the issue.

A man from Balasore district, who had reportedly attempted suicide by consuming poison and admitted to SCB hospital in Cuttack for treatment, was found Covid positive when his swab sample was sent for testing. The patient’s brother alleged that the latter was left unattended by the hospital staff after he tested positive.

Though the SCB authorities provided a bed for the patient, no one came to examine him and he was groaning in pain the entire night, alleged the patient’s brother. It was only after the news was aired on OTV, the patient was shifted to Ashwini Covid hospital.

Another youth of Nuagaon village in Rayagada district is battling social stigma associated with the lethal disease. He had reportedly gone for a check-up and subsequent treatment to Koraput, Berhampur and Cuttack after the delayed healing of a wound which had developed on one of his hands. When he returned after allegedly not getting the required treatment in Cuttack, much to his shock, the villagers did not allow him to enter the village. Reason, he had returned from COVID-19 hotspot areas like Berhampur and Cuttack. Being an orphan, he had nowhere to go but to a nearby dilapidated rest shed to take refuge.

Terming the incident as unfortunate, Bisamkatak BDO Albert Lakra said, “The villagers did so in fear of the infection. I have asked the local Sarpanch and PEO to visit him and make necessary arrangements to shift him to a Covid care home.”