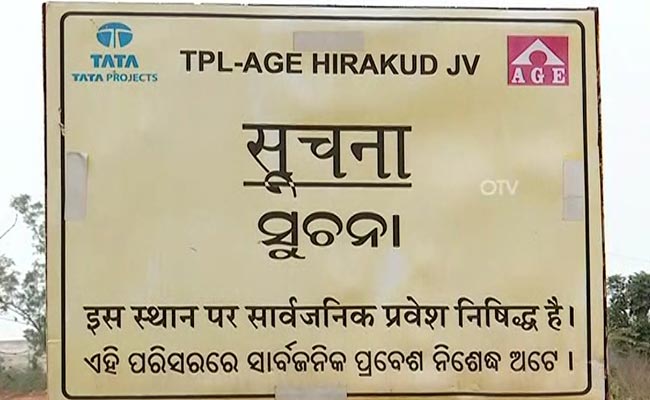 Sambalpur: The construction of second spillway in Hirakud Dam has hit a road block as the construction firm, TPL-AGE Hirakud JV has allegedly left the project midway hanging the future of the dam in balance.

As per reports, construction of an additional spillway in Hirakud dam had started in January last year following a MoU that was signed in October 2018 in order to decrease the load of discharging water from the reservoir.

The project was awarded to a joint venture of TATA Projects Limited and a Turkey based company called AGE Construction Co. The cost of the project was estimated to be around Rs 370 crores which was financed by World Bank. The length of the spillway was supposed to be of 85 metres with five numbers of crest gates in it.

Sources said, with the commencement of construction of the spillway, locals launched protest demanding rehabilitation and appropriate compensation for evictees whose land was lost in the project. With frequent disruptions in work and an alleged non-cooperation from the State government to sort out the problems of locals, the contractor left the project midway.

Dillip Kumar Singh, a local of Hirakud said, “We never opposed TATA or any company over the construction of the project. We just wanted our dues from the government, but the government never listened.”

Ramesh Tripathy, a former Chief Engineer of the Water Resources Department said, “Though there is a need to construct another spillway in Hirakud dam, it’s not an emergency. Government can always cancel the existing contract and award contract to another company.”

Also Read: Hirakud Dam to get additional spillway in 3 years

However, refuting the allegations of negligence, State Water Resource minister Raghunandan Dash said, “State government has provided all the help needed to complete the project. A central project monitoring unit is supervising this project. TATA has left the project after completing work worth Rs 12 Crores. We will soon award contract to another company.”

Notably, the spillway project was divided into two phases. The second phase of the construction was due to commence following the completion of first phase of the project.