9 persons, including 2 women, minor killed in Odisha in lightning strikes 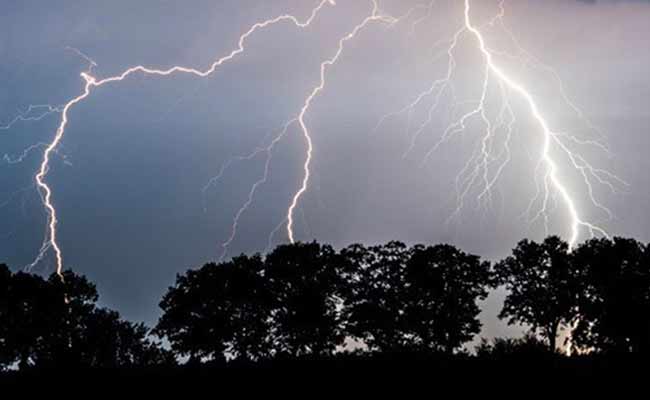 Bhubaneswar: At least nine persons were killed in lightning strikes in different parts of Odisha on Monday.

While two women were killed in Dhenkanal, a minor boy in Nabarangpur district died after being struck by lightning during thunderstorms that lashed several parts of Odisha including the twin cities of Bhubaneswar and Cuttack on Monday afternoon.

Other lightning deaths have been reported from Kendrapara, Tangi in Cuttack district, Jagatsinghpur, Gajapati, Ganjam and Keonjhar districts.

Regional Meteorological Centre in Bhubaneswar has also issued thunderstorm and lightning alert for several coastal Odisha districts and Bolangir, Kalahandi, Boudh, Kandhamal, Keonjhar, Mayurbhanj and Dhenkanal districts for the next 24 hours. People in districts have been asked to remain alert as gusty surface wind reaching up to speed of 30 to 40 kmph is also likely to prevail during thunderstorm.