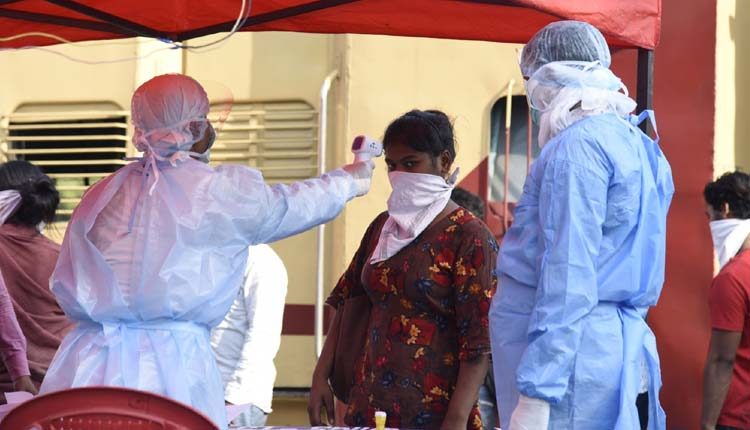 Bhubaneswar: Covid-19 infections are rising at an alarming rate adding over 1300 plus cases on a daily basis in Odisha. With 1376 new cases in the last 24 hours, the total case tally has now reached 25,389.

Not only positive cases, the deaths due to coronavirus infections have also begun to log a double-digit trend in the State with 10 more fatalities being reported for the second straight day on Sunday.

Details of 10 #COVID19 deaths in #Odisha

With this, the death toll due to the virus has reached 140 in the State. Among the 10 deaths reported in the last 24 hours, six were from Ganjam which is the worst-hit district in the State. The remaining deaths were reported from Khurda (2) and one each from Gajapati and Sundergarh.

Overall, Ganjam has recorded maximum 79 deaths due to Covid-19 while Khurda district is the next with 17 deaths.

The district-wise total case tally points even a worrisome picture for Ganjam. The south Odisha district has alone recorded 8,678 new cases. Khurda has the second highest number of 3,037 positive cases. Apart from Ganjam, four other districts have more than 1,000 positive cases.

Among the 1,376 new infected persons identified in the last 24 hours, 484 are from Ganjam. Similarly, 459 of the total new cases are local contacts.

The State on Sunday also reported another high of 864 recoveries from Covid-19. The total recovered cases have climbed to 16792. Ganjam district which continues to post maximum positive cases each day also reported the highest of 432 recoveries today. Rayagada also recorded 137 recoveries.

Health expert, Dr Salim said, “As the number of tests has increased, the positive cases will rise in coming days. There are many asymptomatic carriers. The positive count is not so alarming for a State like Odisha having 4.5 crore population.”

The State has also ramped up testing in the last few days. As per data released by the Health department, the State is reporting over 10000 tests on a daily basis since past 4 days. The cumulative tests conducted in the State has now reached 4, 58,120.

Yuvraj Singh Was Handled Unprofessionally At The End Of His Career