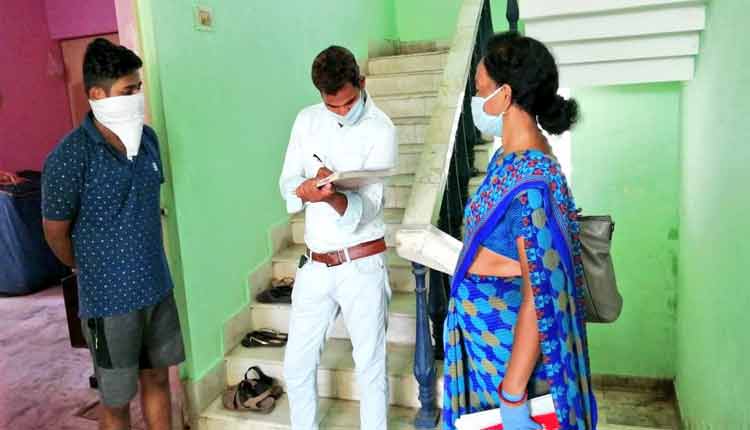 Cuttack: The COVID-19 tally in Cuttack reached 1,721 on Monday after 53 new cases were detected from different parts of the city in the last 24 hours. Of the 53 new cases, 19 cases have been reported from Jalua Sahi, Malgodown which has been declared a containment zone by the Cuttack Municipal Corporation (CMC).

As per official sources, the COVID-19 active cases in CMC area now stand at 799.

Initially, the CMC had declared Behera Sahi near Malgodown as a containment zone after detection of several COVID-19 cases. The containment area was revised after new cases were detected in buffer zones- Jalua Sahi and Telugu Sahi. Now both the areas have been added to the containment zone.

CMC Commissioner, Ananya Das on Sunday informed that intensive tracing, testing and isolation are being done while extra precautions are being taken at Malgodown which is one the prominent economic hubs in the city.

The CMC Commissioner further informed that COVID-19 cases are getting saturated in Behera Sahi though a final round of testing will be conducted in next two days.

“Rigorous testing was done at Behera Sahi as it was a densely populated area. The focus is now on Telugu Sahi and Jalua Sahi. Overall testing will be scaled up in Cuttack and ward-wise testing camps will be organised,” said Das.

Police Gheraoed By Villagers: 20 Women Among 30 Persons Detained In Odisha