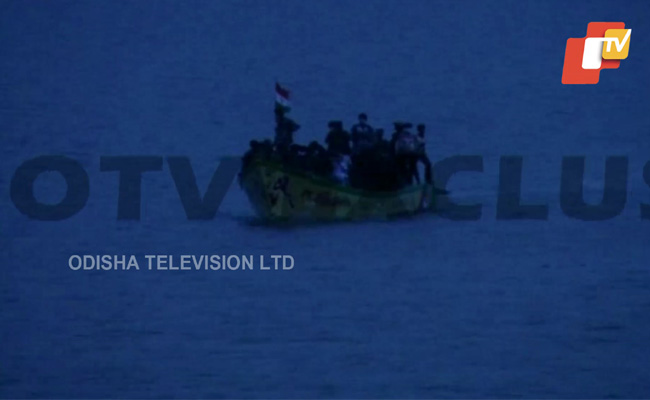 Berhampur: Defying the ongoing nationwide COVID-19 lockdown, as many as 38 labourers including some fishermen reached Odisha from Chennai on Saturday after a five-day journey along the sea route, all in an attempt to be back to their respective villages. However, as soon as they arrived in Sonepur under Chikiti block of Ganjam district, they were detained by the marine police.

Speaking to OTV, Ganjam Collector Vijay Amruta Kulange informed that all of them will be compulsorily sent to quarantine centres and their swabs will also be sent for testing. “All the returnees will be taken to quarantine centre, where they will stay for 14 days. As a precautionary measure, their swab samples will be collected and tested for COVID-19,” said Kulange.

As per reports, after reaching Pati Sonepur coast in Ganjam district, the district administration along with police, which had prior information about the sea voyage, detained the labourers and made arrangements for stay at a local quarantine centre.

The fishermen, including 2 from Andhra Pradesh, 24 from Sonepur & 12 from Gopalpur area in Odisha, had reportedly taken a boat for about Rs 2 lakh to reach their destination.

Despite #COVID19 #Lockdown, 38 labourers reach #Odisha from Chennai by sea route; the labourers, who arrived in Sonepur under Chikiti block of Ganjam dist have been detained by marine police; collector informs #OTV that they will be quarantined & swabs will be sent for testing pic.twitter.com/RfHtrJkaNG

“We started on April 20 and it took us five days to reach here. We decided to move to our native places as we faced difficulties back there in Chennai,” said one of the returnees.

“Their personal details are being registered after which they will be sent to 14-day quarantine. Health check-up will also be conducted,” said Hara Prasad Bhoi, Chikiti Tehsildar.

A few days back, around 27 fishermen including 10 from Odisha reached Srikakulam in Andhra Pradesh from Chennai after a 5-day journey in a boat. Nine of them belong to Ganjam while one person is from Puri district. All the fishermen were reportedly stranded in Chennai due to lockdown and were quarantined in Ichchapuram post their arrival.

Collector Kulange had said, “These Fishermen who reached Andhra Pradesh’s Srikakulam from Chennai via sea route have been quarantined in Ichchapuram. Chikiti BDO and Tehsildar visited the quarantine centre and inquired about the arrangements there.”