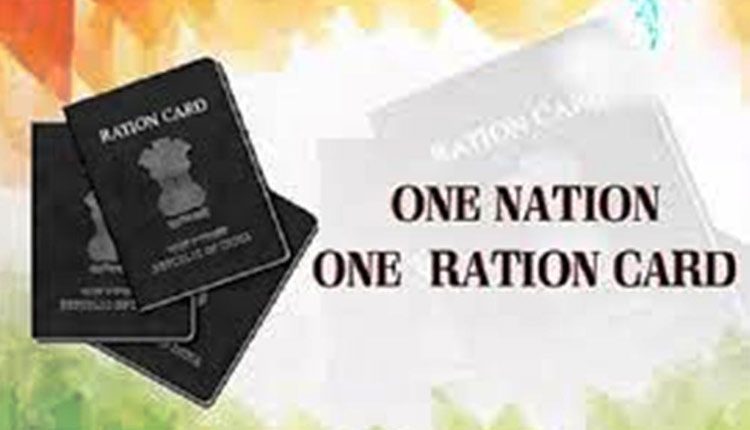 New Delhi: Odisha, Sikkim and Mizoram have been included in the Integrated Management of Public Distribution System (IM-PDS) scheme as part of the nationwide portability of benefits under the National Food Security Act (NFSA) through ‘one nation, one ration card’ plan, according to Minister of Consumer Affairs, Food & Public Distribution Ram Vilas Paswan, here on Monday.

It aims to enable the NFSA ration cardholders to claim the entitled quota of subsidised grain from any ePoS-enabled FPS anywhere in the country by using their ration card after Aadhar authentication on ePoS.

Efforts were on to expand the reach of national portability to beneficiaries of other states/UTs also, Paswan said.

For making new states part of the national cluster, necessary processes, like up-gradation of ePoS software, integration with central IM-PDS and annavitran (food distribution) portals, availability of ration cards/beneficiaries data in the central repository, and requisite testing of national portability transactions had been completed with the support of central NIC team, the Food Ministry said.

By August, Uttarakhand, Nagaland and Manipur would also be added to the one nation, one ration cluster, it said.

The department is taking steps to include the remaining 13 states/UTs — West Bengal, Arunachal Pradesh, Assam, Meghalaya, Delhi, J&K, Laddakh, Chandigarh, Puducherry, Tamil Nadu, Chhattisgarh, Andaman & Nicobar Islands and Lakshadweep — to the national cluster. By March 31, 2021, all states are expected to be made part of the ‘one nation, one ration card’ scheme.

Lockdown5: Odisha To Continue With Stricter 7PM To 7AM-Night Curfew