CM Patnaik declared Rs 1000 as Covid-19 assistance to all eligible families under PDS. Between April 1-7, only 19.7 % of total eligible NFSA families received the assistance 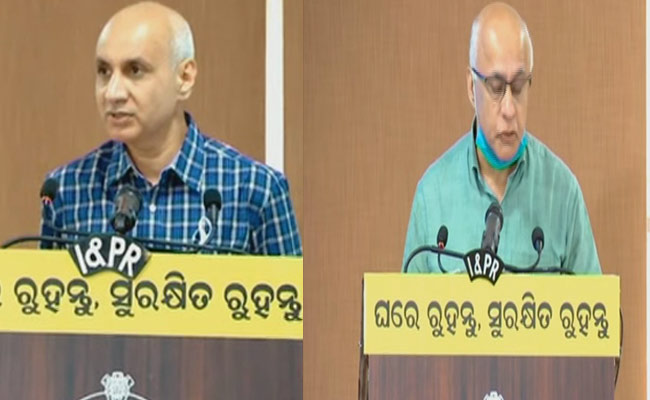 Bhubaneswar:  Even as chief minister Naveen Patnaik has announced advance release of ration for the first quarter period of April -June to all eligible NFSA (National Food Security Act) beneficiaries in State, a whopping 66 per cent of households eligible under NFSA are yet to receive their share. The lift-off rate by the government is also estimated at only around 71 per cent.

Moreover, when CM Patnaik has declared Rs 1000 as Covid-19 assistance to all eligible families under PDS, the State government between April 1-7 could cover only 19.7 per cent of total NFSA families eligible for the assistance.

Attributing the delay in ration delivery to staggered distribution for ensuring social distancing norms at the delivery points (PDS shops), State Food & Consumer Welfare Secretary Vir Vikram Yadav, however, claimed that Food and Consumer Welfare department will deliver the quarterly foodgrain allocation in advance to all 94 lakh households by April 12.

As per the information provided by Yadav, the ration distribution under NFSA commenced in the State on March 24. However, till date, 31.9 lakh or 34 per cent of eligible NFSA families have received their quarterly allocation in advance.

He added that under the Covid-19 cash assistance plan, the State government has distributed a total of Rs 184.75 crore to over 18.5 lakh NFSA families till now.

Following lockdown, daily wagers in the State have been left bereft of any income source. Delay in delivering ration and Covid-19 cash assistance is likely to fail CM Patnaik’s feel-good package declared to reduce harsh side effects of state-wide lockdown. As per right to food activists, State government has to initiate immediate measures to ensure door-step delivery of ration under NFSA through its vast SHG network. At present, home delivery of ration is done for old and infirm beneficiaries only.

“The department has released 5.65 lakh metric tonnes of food-grains (Rice & wheat) for 30 districts. A whopping 4.04 LMT food-grain have been lifted and delivered to the FPS (fair price shops) in the State,” he informed.

Yadav also expressed satisfaction over LPG and fuel oil distribution in the State. He thanked Union Petroleum Minister Dharmendra Pradhan for his support to the State government. The food secretary also claimed that prices of essential items like potato, onion, pulses and edible oil etc have not shown any abnormal rise. He assured the consumers in State that there is no shortage of essential commodities in Odisha.