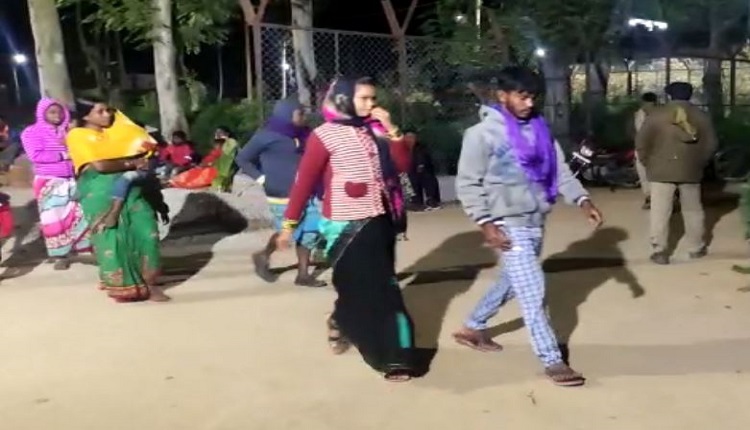 Bolangir: Despite the tall claims of the government on enforcement of strict laws to curb trafficking of migrant labourers to and from Odisha, the illegal activity continues unabated in many parts of the State.

Friday night, Bolangir Kantabanji police rescued as many as 56 migrant labourers including 23 women and eight children from Kantabanji station here while they were being trafficked to Hyderabad.

While some of the rescued labourers belong to Komana area in Nuapada district, the rest are residents of Bolangir.

Acting on a tip-off, Kantabanji police raided the station and rescued the migrant workers when they were all set to board the Corba-Visakhapatnam Link Express to go to Hyderabad to work at a brick kiln.

According to sources, the labour agent, who was involved in the trafficking, is absconding.

“We generally go to other States due to unavailability of work in Odisha. Due to the pandemic we are jobless since last six months and struggling to make ends meet. The situation is forcing us to migrate to other States in search of work,” said Kapiraj Mahananda, a migrant worker.

Meanwhile, all the labourers have been detained at the Kantabanji Police Station for interrogation. Further investigation into the matter is on.

Recently, 10 dadan labourers including a minor were rescued by Khaprakhol police from near Rengali village in Patnagarh in in the district while they were being trafficked to Hyderabad. The labour agent was also arrested in connection with the case.