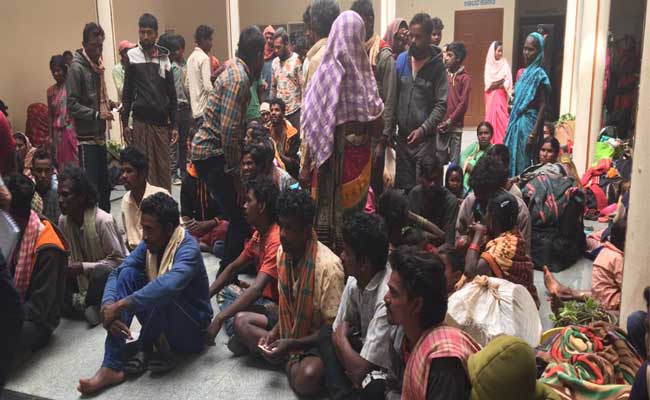 Bhubaneswar: In a major crackdown on human trafficking, Odisha Labour department rescued 250 labourers from Bengaluru. All the labourers who hail from different parts of the State were working at brick kiln and other factories at Yelahanka in Bengaluru.

This is reportedly the first major achievement of the Labour Department after it was included under the ‘Mo Sarkar’ initiative of Odisha government on January 30.

The labourers were rescued following reports that they were subjected to torture and harassment by their respective employers. However, identity of the middleman who used to bring the labourers from the State to Bengaluru is yet to be ascertained.

The rescued labourers hail from Bolangir, Nuapada, Sonepur, Bargarh and Boudh districts. Four persons have been arrested in connection with the incident.

The district administration has lodged an FIR under Sections 16, 17, 18 of the Bonded Labour System (Abolition) Act, Section 14 of the Child Labour (Prohibition and Regulation) Act, Sections 34, 370 and 374 of the IPC and all the four accused have been produced before the magistrate.

All the labourers were rescued by a special team of the State labour department. Special arrangements have also been made in Prashanti Express for the return of the labourers to the State.

Official sources said the labourers were rescued from several parts of Bylakere and Yelahanka areas of Bangalore Urban North Sub-Division in Karnataka.

“We have rescued the labourers who were working at a brick kiln. All of them were engaged illegally and we have detained the owner after labourers said that they do not want to work there,” said BB Acharya, Assistant Labour Officer.

Acharya further informed that four officers of the department are accompanying the labourers in the train.

“After rescuing the labourers we discussed the matter with railway officials and two boggies were added so that the labourers can be brought to Odisha. They are expected to arrive today. Moreover, raids will continue in Bengaluru to rescue other labourers from Odisha,” Acharya added.

Odisha govt saved 700 trees by switching over to paperless