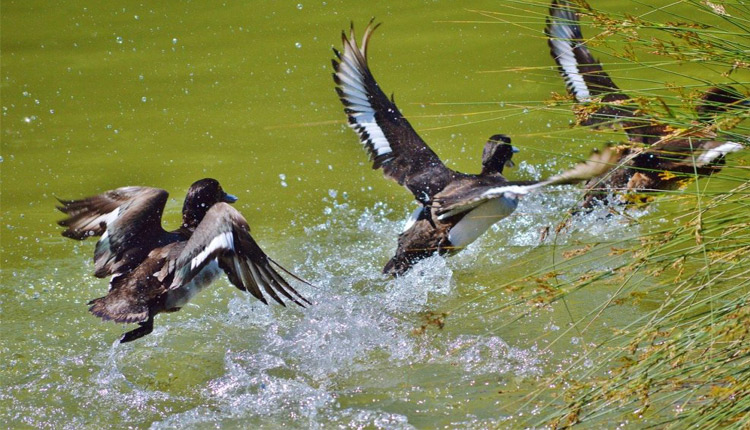 Khordha: The officials of Tangi wildlife division on Monday arrested two poachers on the charges of hunting migratory birds in Chilika Lake, largest brackish water lagoon in the continent. At least 13 carcasses of migratory birds have been seized from their possession, a forest official said.

The duo was nabbed from Bhusandapur area during patrolling in the vicinity of the lake.
It is pertinent to mention here that migratory birds in large number, mostly from northern Eurasia, Caspian region, Siberia, Kazakh, Lake Baikal and remote areas of Russia, throng Chilika during the onset of winter in Odisha. Every year, hundreds of migratory birds also fall prey to illegal poaching activities.

Not only migratory birds, there has been a steep rise in the number of poaching of wild animals in different parts of the State, even during the lockdown.

On Sunday, three persons including a poacher were arrested by the forest department officials in Dhenkanal district. Senior officials informed that five deer hides, two unlicensed guns have also been recovered from their possession.

Samsung Galaxy M62 With 256GB Storage In The Offing