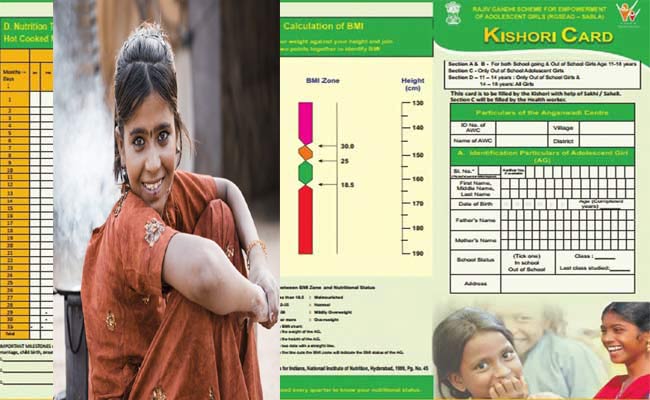 Bhubaneswar: While Odisha government  joined the world in celebrating the International Women’s Day in a big way on Sunday, the big revelation on this eventful day is the State government has apparently discontinued a significant policy imperative for the adolescent girls – the Kishori Health cards – in the State.

And abandoning of the scheme carries a cost tag. The discontinuance of Kishori Health Cards in the State saw Odisha losing a massive Rs 866.77 crore during the year 2018-19.

For implementing Kishori Health Cards, a centrally sponsored scheme, for the adolescent girls, Odisha had been provided with Rs 867 crore for the year 2018-19. Since the State has not maintained the KHCs in Anganwadi Centres (AWCs), Odisha failed to utilise a single rupee from the central allocation.

In 2017-18, the scheme for the adolescent girls was implemented in as many as 14 backward districts like Subarnapur, Nabarangapur, Malkangiri, Keonjhar, Balangir, Rayagada, Boudh, Sambalpur, Kandhamal, Dhenkanal, Nuapada, Jharsuguda, Deogarh and Baleswar.

Significantly, the KHC scheme has been extended to all the districts in the State since April 1, 2018. As per highly placed official sources, Odisha government pulled out from the scheme for the simple reason of a change in the funding pattern.

As per the new norms, Centre will provide 50 per cent of the fund for the scheme, Odisha government has to add another 50 per cent. The centre for 2018-19 released Rs 867 crore, but Odisha didn’t make the requisite 50 per cent fund provisioning for the scheme. The result: The scheme stands disbanded and the Central allocation lies unutilised.

What’s the big irony here is socio-health conditions of adolescent girls in Odisha are quite pallid.

Sample this. As per the National Family Health Survey (NFHS) -4, a high of 38.5 per cent girls in the age-group of 15-19 years  have a thin BMI (Body Mass Index) as they have a BMI less than 18.5 kg/m2. BMI has a co-relation between weight to height. A high of 15.5 per cent in the age-group are moderately/severely thin in the State.

Not only the health and nutrition parameters, the out of school adolescent girls in the State stood at around 12 per cent in 2018, reveals the ASER Report. And in out-of-school adolescent children, Odisha figured among the bottom-10 states in the country.

In the backdrop of poor nutritional and education parameters, the discontinuance of the scheme raised many eyebrows here, after all when the loss value for the State stood at a staggering Rs 867 crore.