Very Heavy Rainfall In Odisha's Capital For Next 30 Hrs

Overall, a glance at the models shows, during the next 48 hours, the pressure of the city region will rise to touch around 1002 mb. And the rainfall will gradually take a dip over the State Capital from September 14

Even as the Capital City of Odisha has recorded over 50 mm of rainfall by around 11 in the morning today, the forecast shows with a high cloud cover (of over 99%) in the Bhubaneswar skies, the City is predicted to record more spells of heavy rainfall in the next 30 hours. (see the latest main image)

Get Live Updates on Odisha Rain

With the forecast of heavy rainfall till the 11 hours on Monday night (Sept 13), the State Capital will be going to witness large scale inundation in many low lying areas as the rainfall will touch nearly 60mm tonight.

As per the forecast by the models of lead met agencies, the Capital City will be going to record a heavy morning shower tomorrow, and in the afternoon hours, there is a warning of a heavy thunderstorm. Therefore, Met agencies urge the denizens to plan their itinerary accordingly. 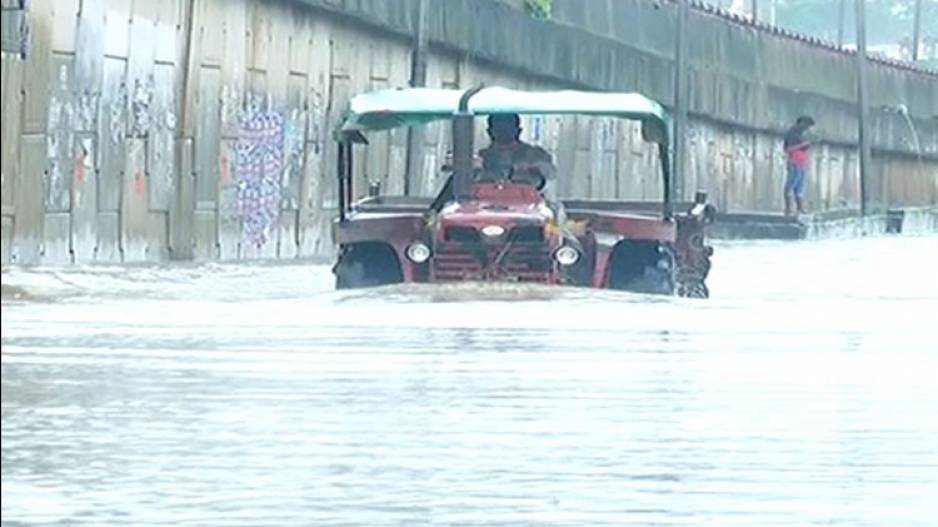 The forecast by lead met models says the City going to receive heavy showers during late evening hours today, and the predictions show the Capital City recording nearly 5 cm of rainfall in the night hours today.

Even as the models show heavy rainfall during the evening and night hours on September 13, the intensity will be less. The accumulated rainfall will remain below 5mm, the model forecasts added.

As per the Met observations, Bhubaneswar has a low pressure region. The mean sea level pressure is down by 16 Mb. The pressure is predicted to rise up to 998Mb on midnight of September 13.

Overall, a glance at the models shows, during the next 48 hours, the pressure of the city region will rise to touch around 1002 Mb. And the rainfall will gradually take a dip over the State Capital from September 14.

Though model predictions show Bhubaneswar skies remaining clouded till September 16, Sun will shine in the Capital skies on the morning of Friday (September 17). However, due to heavy moisture in the atmosphere, following the heavy downpour for over 30 hours (Sept 12-14), there is a prediction of light drizzle and moderate thundershowers till Sept 22.