Heavy rainfall is very likely to occur at isolated places over the districts of Bhadrak, Kendrapada, Cuttack, Jagatsinghpur, Puri, Khordha, Nayagarh and Ganjam from September 25 to 26.

Centre asks states to be better prepared in view of monsoon

Heat wave set to return to Odisha, mercury to rise by 3-4 degrees

Heatwave conditions to dissipate across India from today: IMD

The Well Marked Low Pressure area over Eastcentral & adjoining Northeast Bay of Bengal has concentrated into a depression and lay centered over east-central and adjoining northeast BoB at 590km east southeast of Puri  and 740 km east of Kalingapatnam at 5.30 PM of 24th September 2021.

The system is likely to intensify into a deep depression during next 12 hours and intensify further thereafter, the India Meteorological Department said in its cyclone bulletin.

The Deep Depression is likely to move initially Westnorthwestwards during next 24 hours and West-Southwestwards thereafter and cross south Odisha–North Andhra Pradesh coasts between Vishakhapatnam & Gopalpur around Kalingapatnam by 1200 UTC of 26th september, 2021, the IMD said.
The Met Department has highlighted the forecast and track intensity as per the table below. 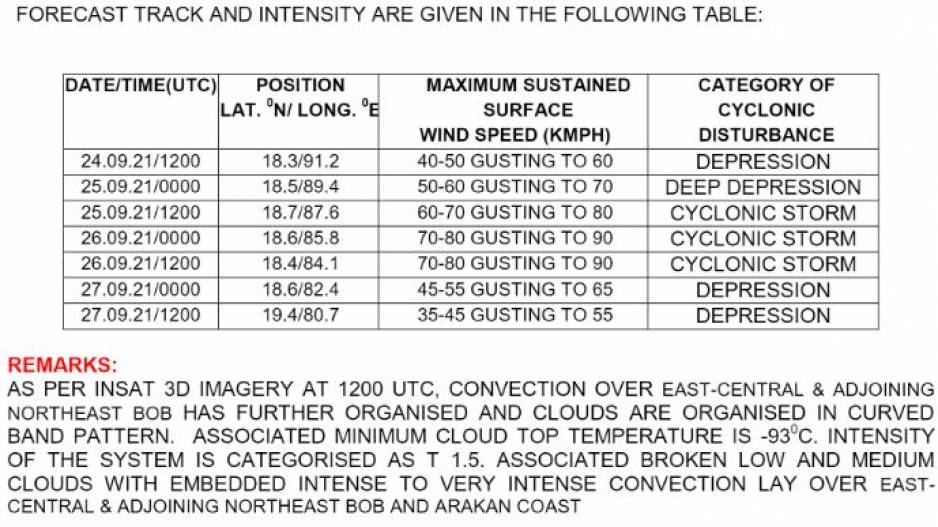 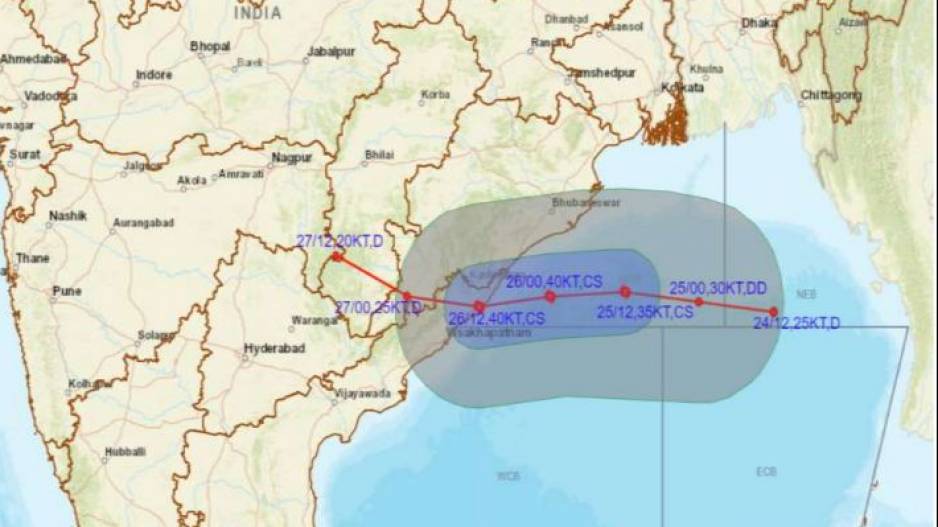 Depression in Bay of Bengal: Track of System

As per the bulletin, heavy rainfall is very likely to occur at isolated places over the districts of Bhadrak, Kendrapada, Cuttack, Jagatsinghpur, Puri, Khordha, Nayagarh and Ganjam between 8 am of September 25 and 8 am of September 26.

Whoever has ventured into deep sea area has been advised to return to the coast by evening of September 25, 2021.