Brajrajnagar by-election: Polling in 279 booths, videography in half of booths

Voters give major thumbs up to Assam govt

A high-level committee comprising the Chief Secretaries of Odisha and Andhra Pradesh will set up an institutional mechanism to deliberate on the outstanding issues, including the contentious border dispute at Kotia in Koraput district, between the two neighbouring states and find a solution.

This was decided at a meeting between Andhra Pradesh Chief Minister Y. S. Jagan Mohan Reddy and his Odisha counterpart Naveen Patnaik in Bhubaneswar on Tuesday.

As per a joint statement issued by both the governments, several issues, including Polavaram and Janjavathi project and Kotia border dispute were discussed during the meeting.

Justice For Mamita: Another BJD Leader Greeted With Egg Shower In Nuapada

“It was decided that the chief secretaries of Odisha and Andhra Pradesh will set up the institutional mechanism to deliberate on outstanding issues and find a solution that is in the best interest of the people of both the states,” the statement read.

Terming the meeting between Naveen and Jagan ‘very cordial and fruitful’, the statement said a number of issues of mutual interest were discussed by the two CMs, particularly in the fields of water resources, common boundary, energy and left-wing extremism.

Moreover, both the states decided to work closely on resolving issues like the Kotia group of villages, Neradi Barrage, Jhanjavathi Reservoir, Polavaram, release of water for Bahuda river, mutual NOCs for the Balimela and Upper Sileru in energy sector. 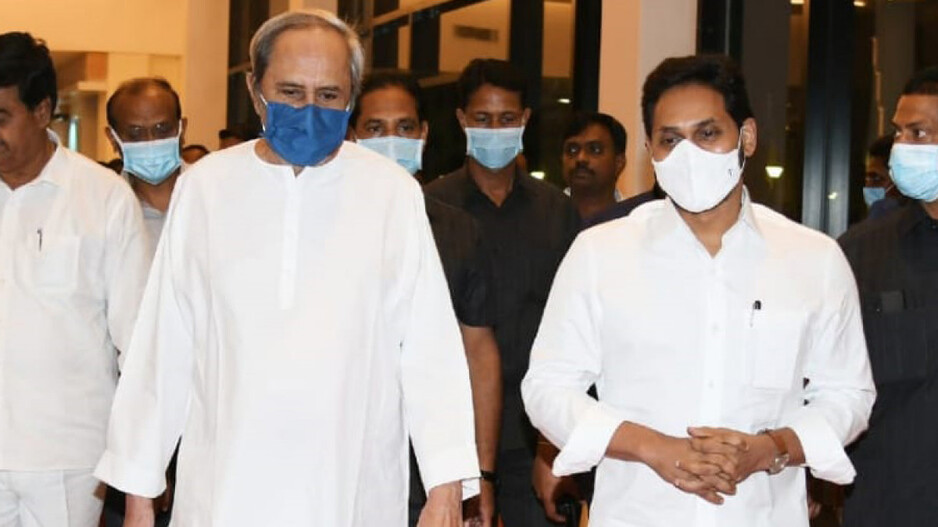 Both the states reportedly resolved to extend support towards tackling the problem of left-wing extremism and ganja cultivation.

"The states will work towards setting up a chair for Odia and Telugu languages in B.R. Ambedkar University, Srikakulam and Berhampur University, respectively. Besides, appointment of language teachers in schools in border districts of the two states, supply of books and conduct of language examination will also be taken up to promote brotherhood," the statement added.