The commuters get impressed with Pratap’s style and unique approach of controlling the traffic. They don't hesitate to stop by to appreciate and thank him.

2-Year-Old Enters Into World and India Book Of Records

No eight hours of a humdrum worksheet. But infusing thrill in the working hours to make an excel sheet. This is how traffic cop Pratap goes about in his daily duty schedule.

It is a natural reaction to get conscious at the sight of an approaching cop, especially when you are driving on road and signalled by the uniformed personnel. Stricter traffic rules nowadays have increased the fear for the Khaki in traffic violators. However, this friendly Bhubaneswar traffic cop will certainly offer a change with his impressive moves and innovative approach.

At the traffic post he is manning, commuters give a miss to the dancing red, green and yellow signals. Rather, their eyes take a deep gaze at Pratap's elegant poses.

Pratap Chandra Khanduala, who hails from Kudua village in Kendrapara district, has been working as a home guard since 14 years. He has been posted on traffic duty for the past 10 years. No sooner did Pratap join duty as a traffic cop than he came up with an unusual and innovative way of controlling motorists and vehicular movement.

As he believes, his duty is just not controlling the traffic and vehicular movement, it is also meant to spreads traffic awareness through a gentle urge to the commuters to abide by the rules.

When Odishatv.in caught up with Pratap at Big Bazaar square near Satyanagar, he said, "Traffic rules have been made stricter to ensure the safety of the commuters. However, many are defying the rules. During my duty, I request people to follow the rules. I find many people not using helmets even though it is mandatory to for the pillion rider to wear the safety gear. Tripling ride though has reduced, some people still disobey the rules,” he said.

"Not using a seatbelt is a common habit and the drivers of government vehicles don't bother to follow the rules. Even auto passengers sitting beside the driver hang their legs out. This could be dangerous for others as well as themselves as there is a risk of injuring their leg if it hits any other vehicle. I request all to stick to the rules whenever I find such violators. I urge people not to use mobile phones while riding/driving as this could be dangerous for them as well as others," he added.

Making an appeal Pratap said, "There is someone or the other waiting for you at home, and they hope you will reach safely. Don't deceive them and ensure your safety by obeying the traffic rules."

The commuters get impressed with Pratap’s style and unique approach of controlling the traffic. They don't hesitate to stop by to appreciate and thank him.

"I have seen several on-duty cops at different traffic posts in Bhubaneswar. However, this dancing cop is very different from others. His unique approach of performing his duty with action moves is really impressive. Whenever I come across the traffic post he is manning, waiting at the post seams less painful. I enjoy his unique approach and so do many. Many times I have seen, people stop by him and appreciate for his efforts," said a commuter Rudra Narayan Subudhi.

"He is quite friendly and his efforts for spreading traffic awareness is applaudable," he added.

Pratap lives in a joint family in Kendrapara comprising 3 brothers, a sister, wife and a son. Bubbling with enthusiasm while doing his job, the dancing cop, however, got emotional while recounting his personal troubles.

"My monthly salary is Rs 9000 of which I have to pay Rs 3000 as house rent. We have to work throughout the month without any leave. If we take 3-4 days leave in a month, Rs 1000 is deducted from the salary. Therefore, I prefer visiting home once in 5-6 months," said Pratap in choked voice.

Earlier, Pratap was honoured by the police for his honesty as he had returned a bag containing cash (Rs 48, 000) to the rightful owner. He also has received awards from many police officials for his honesty. 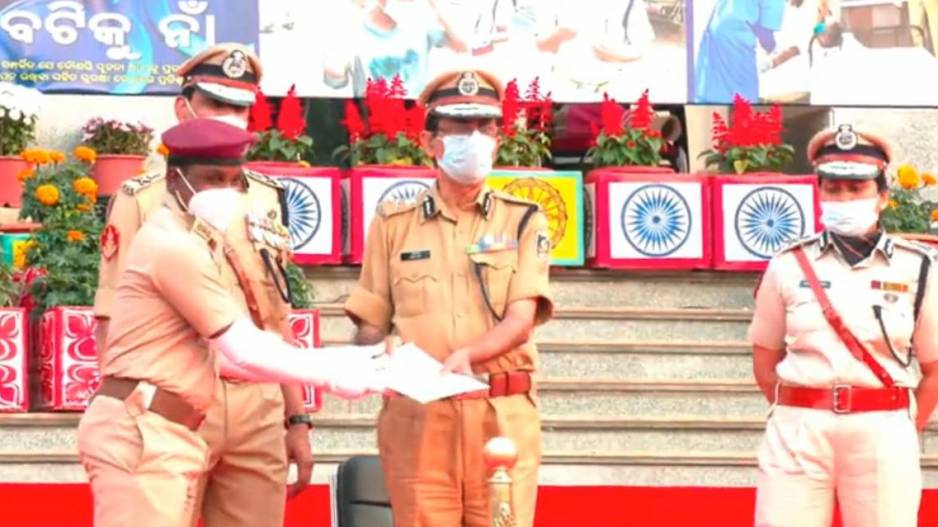 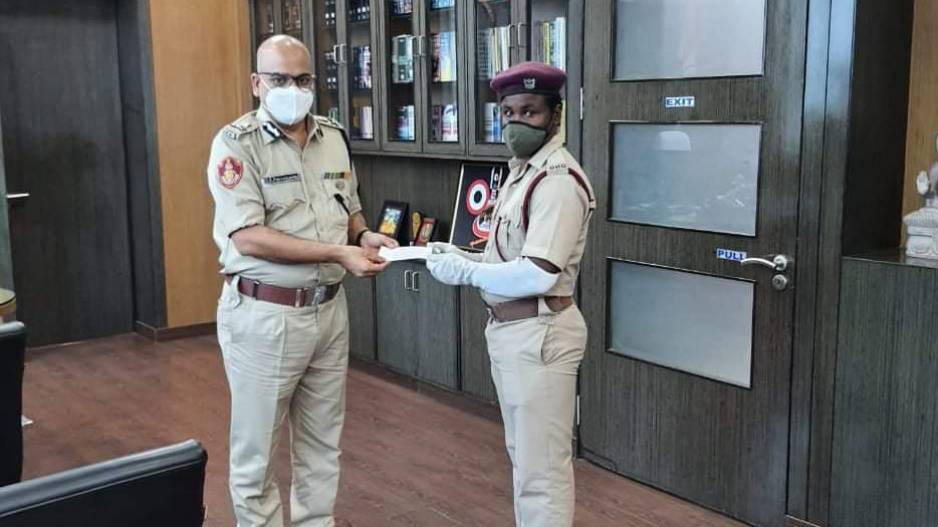 Overcoming the stresses in life, Pratap loves his duty and his innovative approach in spreading traffic awareness while performing his duty. He said though sometimes he suffered body-ache if he discontinued his on-duty 'action moves' for few days, he never felt harassed and moved ahead with more enthusiasm to control traffic in his unique ways on the busy roads of the Capital City.