The protesting bus operators alleged that though the company is deducting money for provident fund from their salary, it is not reflecting in their deposit accounts.

Parents resort to begging to save son suffering from kidney ailment

The 'Mo Bus' services have been partially affected on Monday after some of its employees staged a protest demanding hike in salary.

Around a hundred drivers operating the city bus service sat on a dharna at the Mo Bus depot near Sum Hospital in the capital city Bhubaneswar.

Mo Bus To Resume Services On All 25 Routes From Monday

‘Mo Bus’ Service In Bhubaneswar To Resume From Monday

Reports said, 'Mo Bus' services in as many as 14 routes, including Bhubaneswar, Jatani and Khordha have been hit due to the ongoing cease-work stir.

The drivers alleged that though the inflation is on the rise, there has not been any hike in their salary since the last three years. They also said that a Maharashtra-based company - Travel Time, which has been given the responsibility of the management of Mo Bus, has not paid their salaries to the staff during lockdown.

The drivers have accused the company of cutting their two-day salary  i.e. on Saturday and Sunday when busses stayed off the roads due to the weekend shutdown.

The protesting bus operators alleged that though the company is deducting money for provident fund from their salary, it is not reflecting in their deposit accounts.

“The rate of essential commodities are on a rise and surviving in this situation has become difficult. Therefore, we demand Rs 18,000 salary per eight hour-work day for 26 days,” demanded a Mo Bus driver, Mrityunjay Mohanty.

“The State Government did not give us any financial assistance during the pandemic situation. Therefore, we were forced to launch the strike. We had earlier submitted a written request to the concerned authorities for a hike in our salary from Rs 12,000 to Rs 18,000. However, no steps have been taken in this regard yet. We will not join work until our demands are met,” threatened another bus driver. 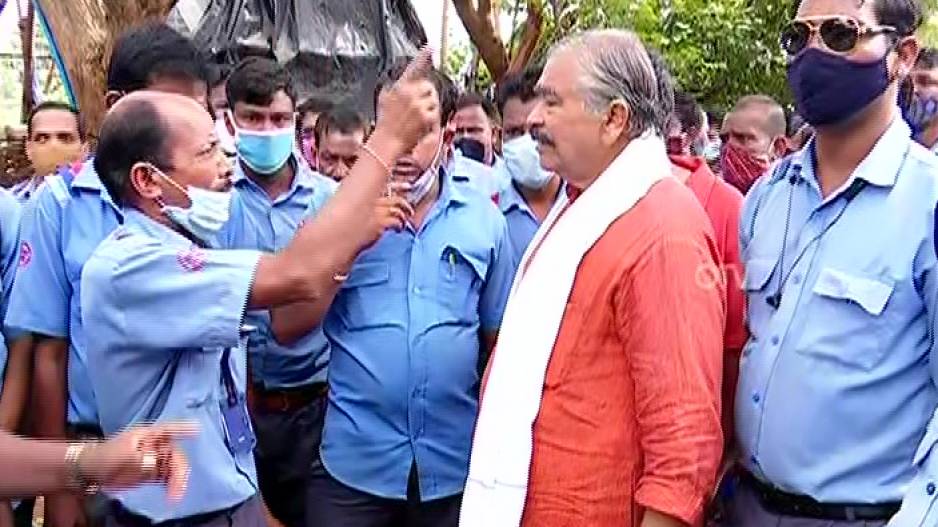 “These drivers are getting a mere Rs 12,000 as salary per month which is almost equal to the earning of  a bonded labourer. They are demanding an increment of just Rs 6,000 in their salary. Besides, they should be given warning and then notice before they are ousted from their jobs,” said Routray.

It may be noted that the Capital Region Urban Transport (CRUT) had earlier announced that Mo Bus service would resume on all its routes from today.

CRUT officials said 194 buses would operate on all the 25 routes from 7 am to 7 pm from Monday to Friday. However, the bus service will remain suspended on Saturday and Sunday due to the weekend shutdown imposed by the State government in Bhubaneswar, Puri and Cuttack.