The Kapil Sharma Show: Sumona Chakravarti Is Still A  Part Of The Show

In good news for Sumona's fans, the actress has finally revealed that she is very much part of The Kapil Sharma Show.

The Kapil Sharma Show will return soon to small-screen to take the audience on a laugh-riot journey, However, before the rolling of the comedy show, fans of the show were disappointed after they found Sumona Chakravarti missing from the shows' announcement promo.

Sumona had been an integral part of The Kapil Sharma Show since its inception. Sumona’s comic timing and rhetoric answers to Kapil are some of the major attractions of the show. However, her absence from the promo had left the fans upset.

However, in a good news for Sumona's fans, the actress has finally revealed that she is very much part of the show and shared a photo from the sets of The Kapil Sharma Show. 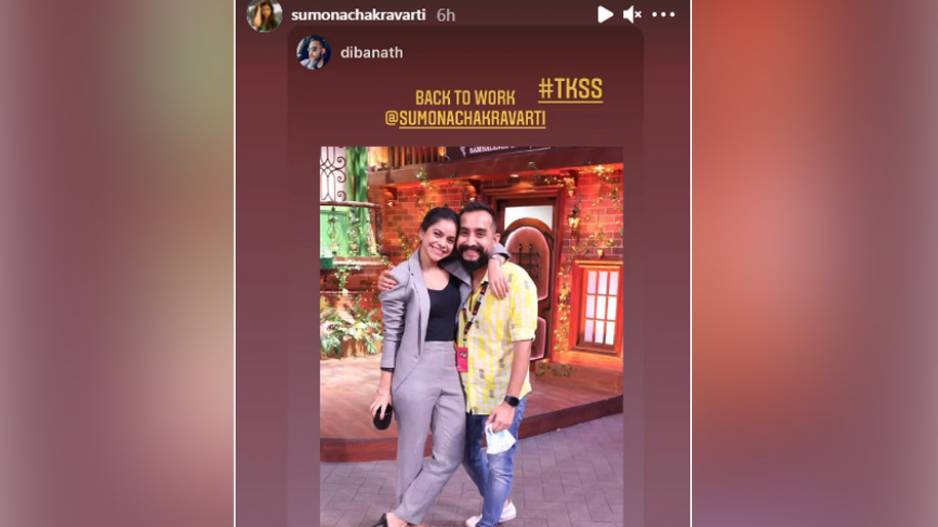 Earlier, Archan Pauran Singh in an interview with Aaj Tak had opened up about Sumona's presence in the show.

"If you think Sumona is not on the show, then you are going to get a surprise soon. There is Sumona in the show but her avatar will be very different, but for us, she is the same sweet girl," Archana was quoted saying.

Notably, the latest edition of the show will include Krushna Abhishek, Kiku Sharda, Archana Puran Singh, Bharti Singh, Chandan Prabhakar and Sudesh Lehri in the cast apart from Sumona Chakravarti and Kapil Sharma.

Meanwhile, 'The Kapil Sharma Show' has started shooting. Ajay Devgan, Nora Fatehi, and Sharad Kelkar will grace as the first guest on the show.