The Kapil Sharma Show Crucial Member May Not Return To Show

The Kapil Sharma Show will soon return on Sony Television. According to reports, the comedy show will start appearing from July or August this year. Recently the famous trio of the show, Kiku Sharda, Krushna Abhishek, and Bharti Singh came together for a creative meeting. The news about the same was given by Krushna himself on his social media account.

He shared a picture of the trio and captioned, “Gonna be back soon. Our first creative meeting so excited, new stuff coming soon. @tkssaudience @banijaygroup @bharti.laughterqueen @kikusharda.”

However, later on, the Bol Bachchan actor deleted the post which made the fans wonder whether the actor is unsure of himself making a comeback on The Kapil Sharma Show. Fans are still wondering as to what forced the star comedian to delete the post which was nothing short of big, good news for them.

Krushna Abhishek shared a picture with his The Kapil Sharma show co-stars Bharti Singh and Kiku Sharda but later deleted it. 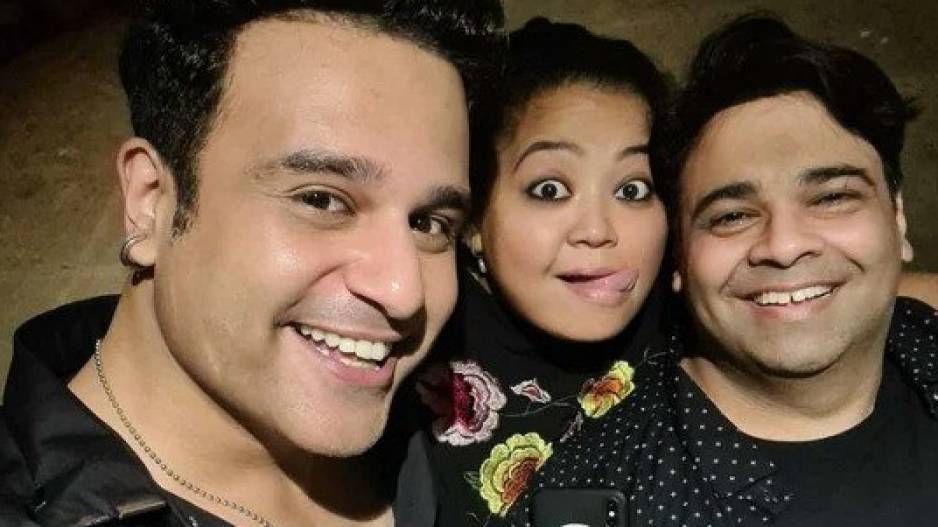 Apart from Krushna Abhishek, Bharti Singh also shared the news about their creative meeting on her Insta story. The laughter queen of Indian television posted a video with both Krushna Abhishek and Kiku Sharda.

Khatraon Ke Khiladi 11: Tumultuous Past And Present Of This Season's Contestants

Anupamaa is In New State of Mind; In Kundali Bhagya, Rakhi Shocks Everyone

In this video clip, both Kiku and Krushna can be seen saying that The Kapil Sharma Show is back. Bharti Singh has added stickers, “We back” and “Good News” on the video clip.

It is certainly good news for the fans that the show will soon return on television. More importantly, as announced before by Kapil Sharma himself, this time along with the regular comedians, the team will also include a few new actors who will try their hand at entertaining the audience. Last year when the famous comedy show on television returned, the makers decided not to call any live audience as corona was at its peak.

While the pandemic is slowly coming under control, it does not seem likely that The Kapil Sharma Show will include a live audience as the threat is not yet over. So, it would be interesting to see how the combination of the old and new comedians entertains the audience.