Taarak Mehta Ka Ooltah Chashmah’s upcoming episodes will focus on party sharty plans of the purush mandali and how Bagha will ruin the entire plan.

Vani Kapoor Nails The Chic All Black Outfit At Airport

Taarak Mehta Ka Ooltah Chashmah team is currently having a splendid time at the Rang Tarang Resort. While the women are eager to enjoy dinner with the family and relax with each other, the men have a completely different plan. They have planned a party sharty and have even made a waiter Mukesh a part of their plan.
Sodhi has a brilliant idea and asks the waiter Mukesh to put the wine in one bottle of soft drink which the men will use for doing their party whereas the other bottle with soft drink will be for the mahila mandal and Tappu sena. Incidentally, the men have planned that the bottle with the red cap will carry the wine whereas the one with the blue cap will be for the other Gokuldhamwasi’s. 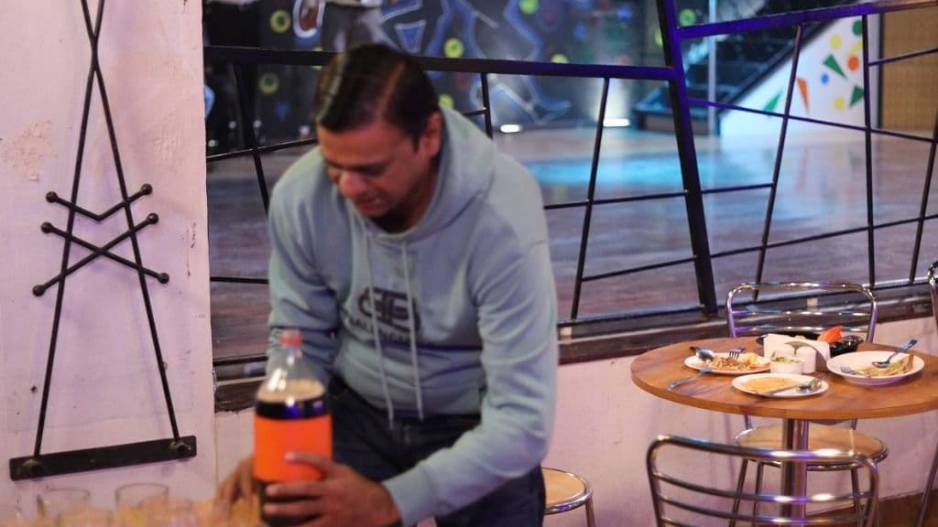 Taarak Mehta Ka Ooltah Chashmah: Bagha Opens the Party Sharty Bottle
But all this plan of the purush mandali from Gokuldham turns haywire when Bagha drinks wine from the bottle with a red cap. He tries the chilly paneer ordered by Jethalal which starts burning his mouth and that is why he picks up the entire bottle with the red cap thinking that it contains a soft drink. This is going to be a big turning point in Taarak Mehta Ka Ooltah Chashmah as men will be shocked to see Bagha drinking almost an entire bottle of wine.

Hot On OTT: Movies And Web Series To Stream This Week (July 18-July 24)

Read More
And as expected, the alcohol starts having an impact on Bagha. Known for having a bend from his front, Bagha suddenly straightens and pulls up his complete posture in a normal standing position. While he turns wobbly, the mahila mandal starts wondering as to what has happened to Bagha who was quite sober a few minutes before.
Not only the behavior of Bagha will put the purush mandali under the scanner, but it will also create hilarious situations in Taarak Mehta Ka Ooltah Chashmah, and as expected this time as well the men from Gokuldham will face a backlash from Mahila mandal as well as Bapuji for planning a secret party sharty.