When asked about his relationship with the actress during an interview, he avoided the question saying that he prefers relationship privacy and doesn't wish to expose it publicly. However, he shares a good bond with her, he added.

Shruti Haasan is among the new generation actors, who are quite active on social media. The perks of becoming a Social Butterfly, of course, is keeping fans and all updated about self. Apart from remaining active socially, among the several love sagas of actors, Shruti keeps hitting the headline most often. She doesn't shy away from expressing her love for her boyfriend Santanu Hazarika.

Recently, Shruti dropped a few posts on Instagram in which she is seen shopping with her rumoured boyfriend at a supermarket.

As seen in a pic, the actress was shopping for groceries and other items from the supermarket when she wrapped one of her legs around Santanu to pose for a pic. Both Shruti and Shantanu have put on their masks and while posing for the picture, the actress landed a kiss on her BF's cheek.

Meanwhile, in another monochrome picture, the lovebirds are seen posing for a selfie in front of a mirror. 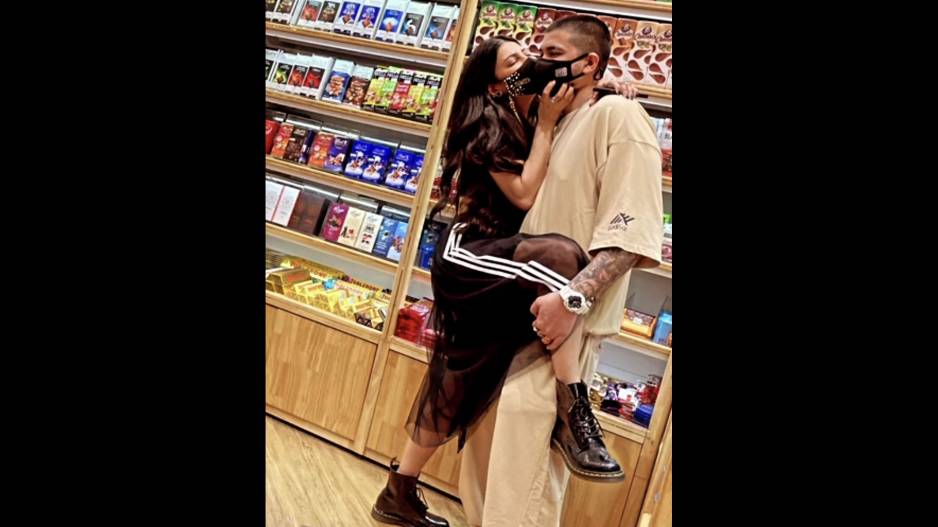 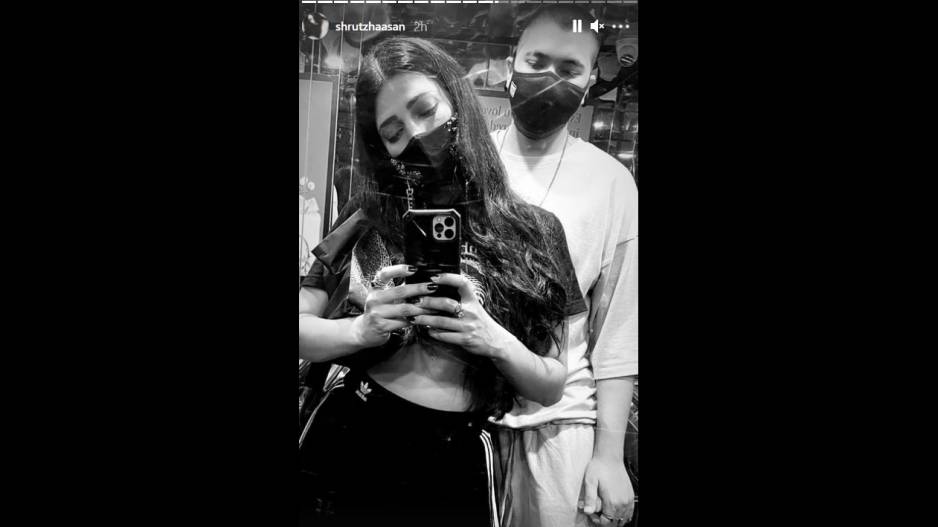 This is not the first time the couple has expressed their affection and closeness.

Earlier, Shruti had posted a video in which both are seen gorging on fried chicken. She captioned the post: "Those who eat together stay together. This is a normal evening with free food...oh and we also love fried chicken #foodmood"

Though the actress has kept her relationship with Santanu a secret, her rumoured BF spilled the beans regarding their relationship.

When asked about his relationship with the actress during an interview, he avoided the question saying that he prefers relationship privacy and doesn't wish to expose it publicly. However, he shares a good bond with her, he added.

Moreover, rumour mills were abuzz that both were staying together during the lockdown period. 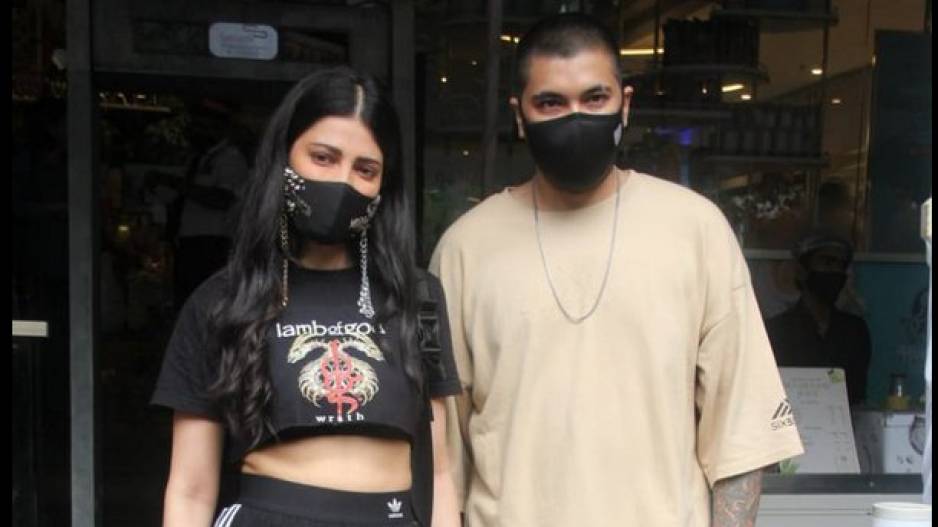 Shruti's post certainly gives major couple goals and proves their closeness as she doesn't hesitate to express her "love".

On the work front, Shruti was last seen in Vakeel Saab opposite Power Star Pawan Kalyan and will be next seen in Prabhas starrer Salaar which is a multilingual flick helmed by KGF fame Prashanth Neel.