Comparison between Shah Rukh Khan and Yash had social media users trying to prove how their favourite superstar is bigger than the other.

KGF 1 was a big success across India and gave its lead star Yash pan India recognition. Not surprisingly, the sequel of the movie has become a bigger hit, and now Yash as Rockybhai has won millions of hearts and his fan following across the globe has increased manifold.

On the other hand, Shah Rukh Khan has been the Badshaah of Bollywood for almost 3 decades now and it is normal for his fans to gather around his house during Eid or on his birthday. Over the years SRK has enjoyed a huge fan following despite the fact that in the last five years all of his movies have flopped badly, it has not put any dents to his popularity.

So when a Twitter user shared a clip comparing the fan following and gathering for Shah Rukh and Yash, the other social media users started reacting immediately. While many argued that SRK is a bigger star, the fans of Sandalwood superstar retaliated by saying that Yash earned this popularity in just nine years whereas it took the Zero actor 25 to 30 years to earn so many fans.

Unfortunately, not even 1% people from that crowd actually goes to the theatre and buy tickets to watch his films. Their support is limited to social media. They are not the ticket-buying audience

A few users also said that it’s the box-office/theatrical performance that decides who has the most following and real fans and that all those who gather in front of the house of SRK are not the ones who go to watch his movies in the theatres. The rather recent success of KGF 2 has shown that the fans of Yash go to theatres to watch his movie and hence he now is a bigger superstar.

Bhai yash ki 2 hi movie blockbuster hai KGF and KGF2 or SRK 25 saal se blockbuster de raha hai...
And for your kind information Yash himself said that don't compare me with SRK n Salman because they his is also a big fan of them...

However, a few Bollywood fans pointed out that Yash cannot be compared with Salman Khan or Shah Rukh because Yash himself is a big fan of these two superstars. While Yash might return as Rockybhai with KGF 3 next year, Shah Rukh Khan is currently working on 3 big movies including YRF’s Pathaan, Atlee’s Jawaan, and Raj Kumar Hirani’s Dunki. Highly successful directors are making all these three movies and hence are expected to break the series of flops for the B-town superstar. 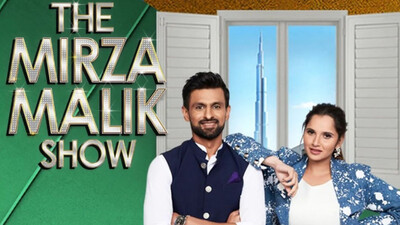