It is common to find fans adopting the style of certain iconic characters of their idols, like a fan who also has a "lion's mane" like Yash.

Rocky bhai has become a household name post the mammoth success of KGF Chapter 2. In true senses, Yash established himself as a "brand" of Indian cinema rising from the regional Kannada Film Industry.

Prior to emerging as the most sought-after actor and rising to the pinnacle of success, Rocking Star Yash was among the celebrated actors down in the south. Yash had an existing fandom but KGF brought immense love for the actor.

It is common to find fans adopting the style of certain iconic stars and their idols. While some prefer for a similar haircut, some strictly follow their fashion approach.

Nowadays, growing beards is getting common and stars, as well as their followers, are keenly following the new trend.

However, Yash has set a different level of style. Indeed, the "lion's mane" style looks apt on Rocky bhai. His long hair and beard style has inspired many of his fans to grow hair and beard.

Meanwhile, video of such a man is circulating on different social media platforms that has left many Frenzy.

Fans just couldn't wait to express their excitement. Meanwhile, some others have found the funny side which has triggered a meme fest.

In the video, the man is seen in a golden jacket and white trousers with a dhol. His looks are quite similar to KGF's Rocky. The hairstyle and long beard helps him resemble Yash. It won't be wrong to say, the man with dhol seems to be a lookalike of Rocky. 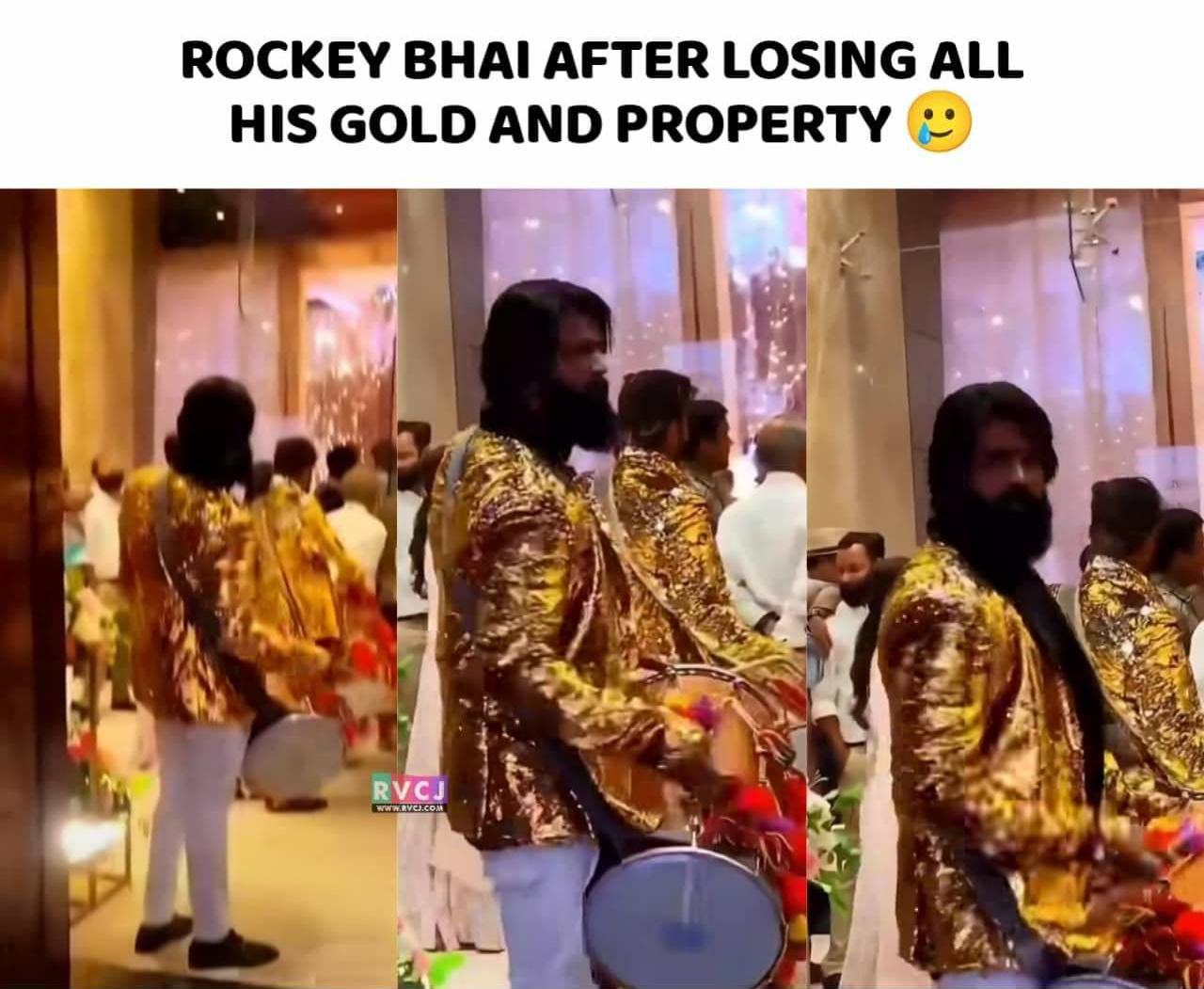 "After losing all gold, Rocky bhai at Pushpa's wedding."

"Still he is wearing golden jacket."

"He started selling Golden dress with the gold."

A post shared by Do watch my stories (@chutiyapa_begins_from_here)

Well, though the video has triggered a meme fest, undeniably, the fan will certainly leave anyone confused with his Rocky looks.

While fans have already expressed their excitement, everyone is waiting for KGF's Rocky bhai's response for the video and his lookalike.