Nusrat sparked off speculation over her marital status with Yash Dasgupta once again with the new pics.

In the first picture, Nusrat and Yash are seen looking at each other lovingly. She captioned it, "Happy Diwali from us..."

In the second pic, Nurshrat is seen holding her son Yishaan in her arms. This is the first time the SOS Kolkata actress has shared her son's picture since his birth. However, she didn't reveal his face. She simply used a Diwali sticker on the post 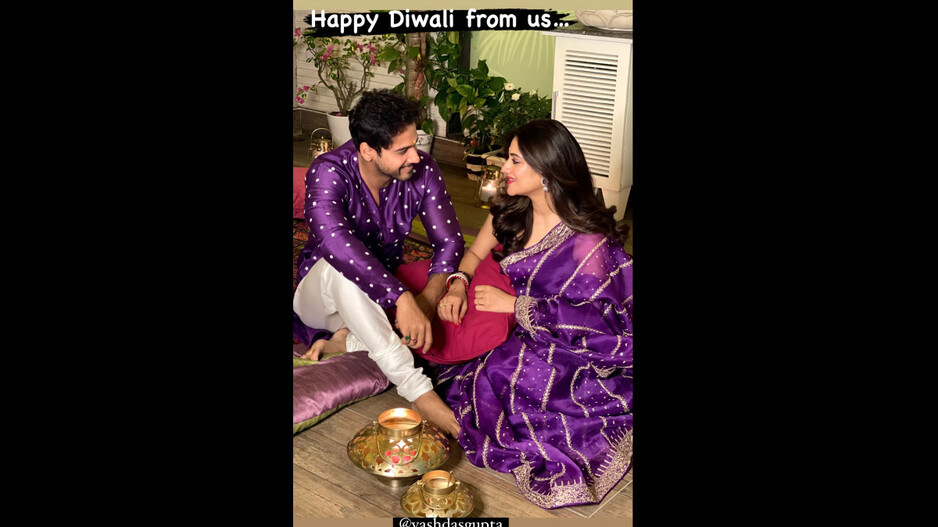 In the pictures, Nurshrat can be in a purple saree with zardozi work on it while Yash is also seen in a purple kurta and white pyjama. Their son can also be seen in a matching outfit in purple.

Meanwhile, fans were quick to spot sindoor and traditional Shakha Pola bangles that every married Bengali woman wears sparking speculation over her marital status with Yash Dasgupta once again.

Earlier also, Nusrat had sparked speculation that she and Yash have already tied the knot. The rumours began when Nusrat shared photos from Yash's birthday cake which had the words 'husband' and 'dad' written on it.