Chay may reveal some other related information about his divorce and the reason behind it.

Tollywood queen Samantha Ruth Prabhu is hitting the headlines for quite some days now after making her debut on Koffee With Karan: Season 7, along with Bollywood Action King Akshay Kumar. Apart from her debut, Sam drew the attention of all by disclosing her current relationship with ex-husband Naga Chaitanya.

Following that, Sam repurchased a house that she and Chay had purchased but sold before they parted their ways. Social media was abuzz that the 'Oh! Baby' actress took revenge on her husband in a very sweet way. Even, some social media users went on to say that Sam is yet to move on.

Yes, you heard it right.

Everyone is aware that Chay is making his Bollywood debut with Aamir Khan and Kareena Kapoor Khan starrer Laal Singh Chaddha. The movie, which will also mark the onscreen appearance of Salman Khan and Shah Rukh Khan with Aamir, is slated to hit the theatres on August 11.

Now, the entire team is gearing up for the promotion of Laal Singh Chaddha. While many celebrities appear on the chat show (Koffee With Karan) as a part of their movie promotions, Chay is quite eager to share the couch on the show.

During an interview, the 'Bangarraju' actor expressed his interest to appear on the show.

“On Koffee With Karan, why not if I get a chance? Karan Johar is great, I love the work he does. If he wants to have me, why not?" Chay was quoted as saying by India.com.

Well, such a statement likely won't go unnoticed by KJo. As he invites different celebrities on his show and he may certainly invite the 'Love Story' actor for promoting Laal Singh Chaddha.

Now, speculations are rife that Karan will throw similar questions to Chay as he did with Sam to dig out more information about the current relationship between the duo if Chay appears on the show. And, just like Sam, Chay may reveal some other related information about his divorce and the reason behind it.

Well, fans need to wait for the same until KJo makes an official announcement of welcoming Chay on his show.

However, during the same interview, the 'Premam' actor hinted that he has moved on in his personal life while things are not well with his former wife. Chay said that he does not allow his personal life to affect his professional commitments. 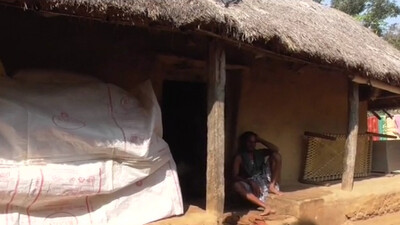