The 67th National Awards were delayed since last year due to the pandemic.

Actors Rajinikanth, Kangana Ranaut, Manoj Bajpayee and Dhanush were feted on Monday at the 67th National Film Awards which were announced earlier this year.

The awards are being presented at the Vigyan Bhawan in the capital. Manoj and Dhanush received their awards for Best Actor for 'Bhonsle' and the Tamil film 'Asuran', respectively.

Kangana Ranaut was honoured with the Best Actress award for her performances in the Hindi films 'Manikarnika: The Queen Of Jhansi' and 'Panga'.

After Prabhas, Pooja Hegde's First Look Video For 'Radhe Shyam' To Be Out Soon! Actress Reveals

South superstar Rajinikanth received India's highest film honour Dada Saheb Phalke Award for his outstanding contribution to the world of Indian cinema. The veteran actor received a standing ovation as he was conferred the award.

Rajinikanth's family including his wife Lathaa, and daughter Soundarya Rajinikanth too were present at the event.

After receiving the honour, Rajinikanth thanked the central government.

"I am extremely happy to receive this most prestigious Dadasaheb Phalke Award. My thanks to the honourable central government. I dedicate this award to my mentor, my guru K. Balachander. This moment, I remember him with great gratitude, and my brother Satyanarayan Gaikwad who's like my father who brought me up by teaching me great values, and spirituality. My friend in Karnataka, bus transport driver, and my colleague Rajbahadur."

He recalled his days of struggle.

"When I was the bus conductor, he identified the acting talent in me and encouraged me to join the cinema. All my producers, directors, co-artistes, technicians, distributors, exhibitors and the media, press and all my fans. Tamil people - without them I am no body. Jai Hind!"

Vijay Sethupathy was awarded the Best Supporting Actor for his performance in 'Super Deluxe'.

Malayalam film 'Marakkar: Arabikadalinte Simham' (Marakkar: Lion of the Arabian Sea) received the National Film Award for Best Feature Film. The film has been written and directed by Priyadarshan, and stars Mohanlal. The actor was also present at the awards show.

The 67th National Awards were delayed since last year due to the pandemic. 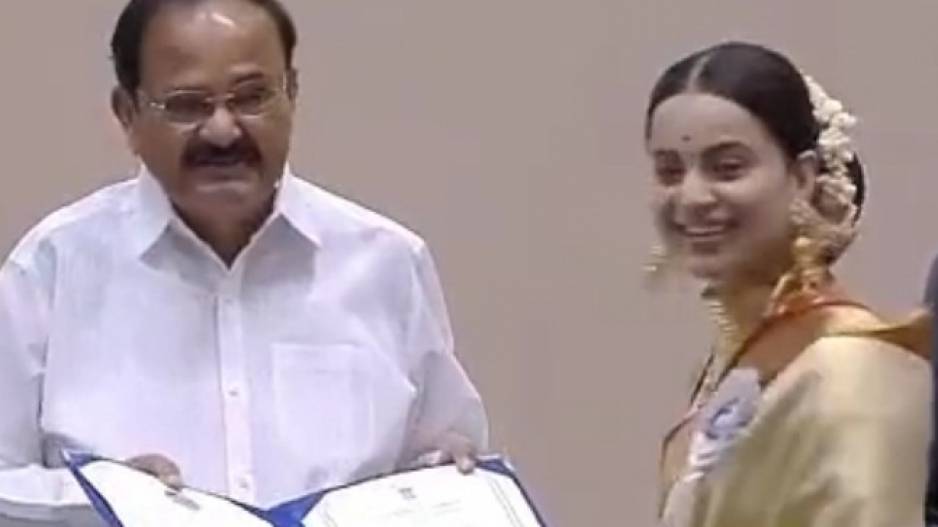