Police revealed that mastermind Sushant Patra and his wife have 15 bank accounts from which cyber police seized Rs 20 lakh.

The Bhubaneswar wing of Cyber Police on Tuesday busted a sextortion (escort service) racket with the arrest of five persons including its mastermind and a woman in Bhubaneswar.

According to sources, a youth got to see an advertisement regarding escort service in Goggle and dialed a number mentioned in the advertisement to avail the service. As per the plot, one woman identifying herself as Kajol Singh picked up the call and let the caller know about the facilities her escort agency offers.

Later, she received Rs 27,000 from the caller on the pretext of proving him beautiful girl, travel expenses and other hotel facilities.

When the youth reached the hotel, he was shocked to see no booking was made in his name.

He knocked the door of cyber police after realizing that he became a prey of a cyber crime.

Bhubaneswar has become a hub of cyber crime with such incidents rising in the state capital.

Police revealed that mastermind Sushant Patra and his wife have 15 bank accounts from which cyber police seized Rs 20 lakh.

The couple has been operating sex business with the help of pre-activated SIM, said police adding 11 mobile phones, more than 20 ATM cards, 60 SIM cards and passbooks have been seized.

Meanwhile, police have launched a search operation to nab mastermind Sushant Patra’s wife and other members of the racket. 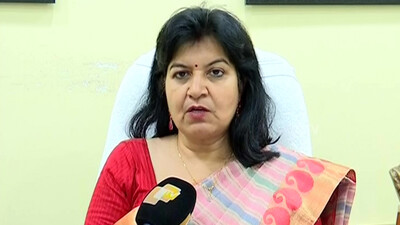