The miscreant attacked former Sambalpur VC with the axe after barging into the latter’s residence at Sargiguda.

In a shocking incident, the former Vice-Chancellor (VC) of Sambalpur University Prof. Dhrubaraj Naik died after he was attacked with an ace by a miscreant at Jharsuguda on Sunday.

As per reports, the miscreant attacked Naik with the axe after barging into the latter’s residence at Sargiguda.

The exact reason behind the attack is still unclear. However, a detailed investigation has been launched by the Laikera police into the gruesome incident.

As per reports, the accused reportedly stormed into Naik’s residence at around 11:30 am today. The accused then reportedly asked for Rs 100 which was opposed by Nayak.

Later, the miscreant attacked Naik with an axe and fled the spot.

Sources said that Naik, who sustained critical injuries in the attack by the miscreant, was immediately rushed to a private hospital in the district where he was declared brought dead by doctors.

Arjun Naik the deceased’s brother said, “The youth entered the bedroom of the house. My brother was not present at home during the time. Later, when my brother confronted the youth for trespassing into the house, he attacked him.”

Arjun further said the youth hail from the same village as theirs. As per reports, the accused youth has been detained by police and further investigation is underway. 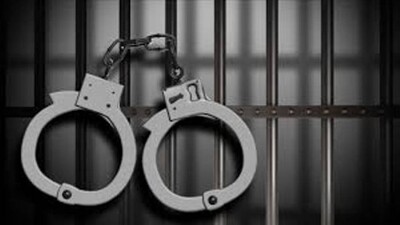