Delta Plus In Odisha's Deogarh: Is Telangana The Source Via Nuapada?

The GISAID transmission data shows infection spreading from Telangana during the period of mid-April to districts like Nuapada, Balangir and Deogarh. In Nuapada, the weekly positive rate for the week ended on June 24 rose to 13% from 5% on week ended on June 13

Is Telangana the source?

With the highly transmissible Delta AY.1 or Delta Plus variant being detected in Odisha, the entire unlock process in the State will be given a relook soon. The State Health Department sources traced the lone Delta Plus case so far in the State to the western district of Deogarh.

Though the second wave in Deogarh has made an onset on April 5 this year, but the momentum picked after 14-days (around April 28) and raced to the peak in next 12 days (on May 9). The peak remained in the district for nearly 14-days. During the peak period, the test positive rate in the district had touched a high of 29.1 per cent.

It's apt to take a glance at the test positive rate of its neighbouring districts. While Sambalpur (56.8%) and Sundargarh (40.2%) had a hyper positive rate during the same period, the other neighbours Angul and Keonjhar had a positive rate of 30 per cent and 22.6 per cent, respectively.

The TPR data suggest an unlikely export of the variant to neighbouring districts like Sambalpur or Sundargarh. Because, the TPR of Deogarh is not higher than its neighbours.

Is Second Wave Over In Odisha? Wait Till July, Says IIT Kanpur

Is Telangana The Source?

As per data on transmission line with Global Initiative on Sharing All Influenza Data (GISAID), during the onset period of second wave in Deogarh, the transmission line indicates possible outsource of the variant from Telangana. Though to date the Delta plus variant has not been detected in the State, the sequencing result of genomes are awaited.

The transmission data shows infection spreading from Telangana during the period of mid April to districts like Nuapada, Balangir and Deogarh.

The Interpretation
Since the Delta and Delta-Plus variants are highly transmissible, epidemiological evidences and prevalence data suggest a possible outsource of the lethal variant from neighbouring districts, which might have contracted the variant of concern from other states. And when seen in the context of GISAID data, Nuapada need to be kept on watch.

Since the lethal mutant and the latest variant of concern has the potential to duck the Rapid Antigen Tests (RAT), moreover when 40-45 per cent RAT tests has the tendency to report false negatives, Maharashtra Government has today decided to make RT-PCR test s mandatory to measure the weekly test positive rate in a district. After detecting 21 cases, including 1 death, the State government there has decided to make RT-PCR test as the indicator to estimate weekly positive rate.

It needs mentioning here that, in Odisha, the RAT to RT-PCR ratio hovers between 20 - 40 per cent till date.

Moreover, Maharashtra has restricted free movement across the State after 4 pm. And taking a cue, Odisha will not give any  relaxation in the continuing night curfew, even, in the month of July. 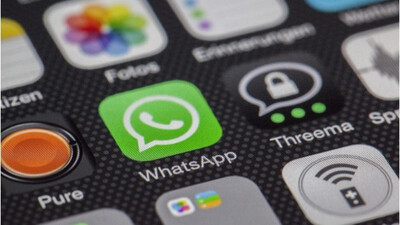