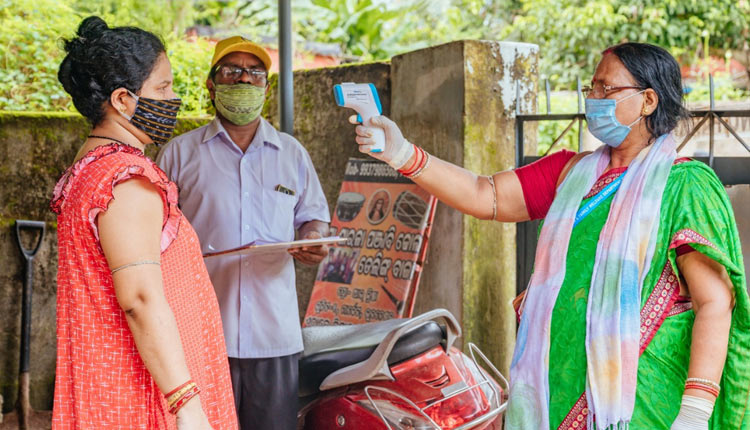 Bhubaneswar: Odisha recorded a spike of 3443 coronavirus cases and 14 deaths in the last 24 hours, taking the infection tally to 219119 and death toll to 842 on Wednesday.

With this, the active cases in the State rose to 36743 while a total of 181481 patients have so far recovered from the disease.

Of the fresh positives, 2017 have been detected from quarantine while 1426 are local contact cases.

As per the information shared by I&PR department, Khordha witnessed the 601 cases, the maximum among all the districts of the State. Cuttack comes second with 359 new cases while Balasore 152, Puri 141, Mayurbhanj 132, Sambalpur 131, Jajpur 130, Bargarh 111, Kandhamal 103 and Kendrapara 101 cases.

Khordha with 601 cases is the district with the maximum number of new infections in #Odisha today followed by Cuttack with 359 positives. #COVID19 pic.twitter.com/G28e0gKNCT

Khordha (two in Bhubaneswar) and Nayagarh reported three fatalities each, two persons succumbed in Puri district, while one death each was reported from Balasore, Bhadrak, Cuttack, Ganjam, Kalahandi and Kandhamal districts.

The health department has shared the details of the Covid patients who succumbed while under treatment in hospitals.