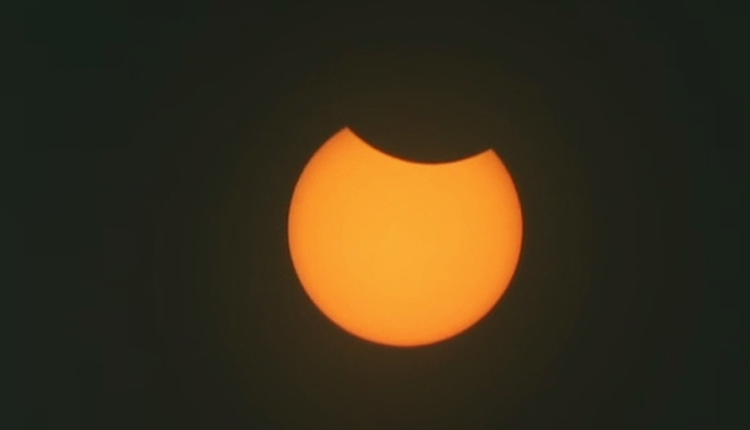 New Delhi: India on Sunday witnessed annular solar eclipse or ‘surya grahan’ 2020, the third eclipse even for this year after first two lunar eclipses took place in January and June and the last annual solar eclipse of this decade.

The solar eclipse started from around 9 a.m. across the Indian map as the Sun, the Moon, and the Earth came in a straight line, and the country witnessed the ‘deepest’ annular solar eclipsee in over a century.

Astrologers said it a fourth super rare hybrid eclipse which is a mix between an annular and total solar eclipse.

In the eclipse, the distance of the Moon and Earth will be larger than usual which means the moon will not be able to cover up the sun fully and will leave out the borders of the sun – giving an appearance of a “Ring of Fire”.

Press Information Bureau in a tweet informed that it is the last annular solar eclipse in India of this decade.

This decade’s last annular #SolarEclipse in India is occurring on June 21, 2020

The next one that would pass through India would be on May 21, 2031

Annular phase can be seen from some places in North India, partial solar eclipse from rest of India

People can catch glimpse of the partially covered sun between 10 a.m. and 2.28 p.m. as per the time differing as locations in India. The eclipse will continue for over three hours covering 84 per cent Sun.

There are three types of solar eclipses – total, partial, and annular.