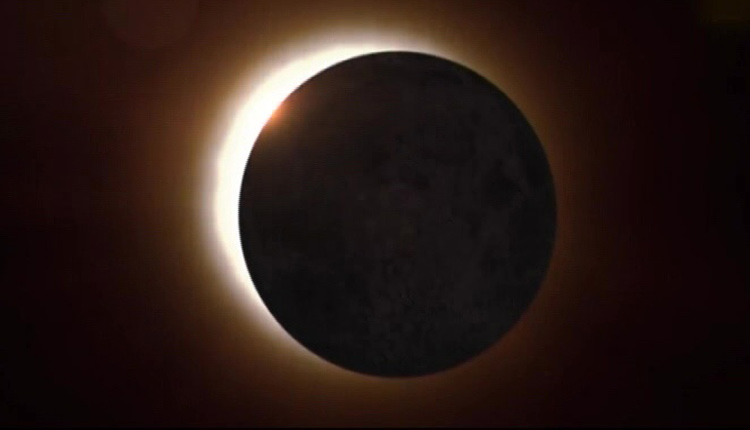 Bhubaneswar: Odisha is all set to witness the annular solar eclipse on June 21. This will be a unique cosmic event with a ‘Ring of Fire’ that happens when the moon passes through the centre of the sun with its outer edges gleaming with the sunlight like an illuminated ring.

Deputy Director of Pathani Samanta Planetarium in Bhubaneswar, Suvendu Pattnaik stated, “Rajasthan, Haryana and Uttarakhand will experience the annular solar eclipse. Moon’s shadow on the sun will differ when we move down south. In Odisha, the eclipse will be around 60% to 72%. In Sundergarh, there will be 72% eclipse while the state capital, Bhubaneswar will witness about 65 per cent eclipse.”

“It is going to be a unique phenomenon as the moon will cover the sun’s center. As a result of this, the sun will look like a ring with a black patch in the centre because of the moon. This unique cosmic event is called as an annular solar eclipse and popularly known as ‘Ring of Fire’,” he added.

Pattnaik explained, “There are total, partial and annular types of solar eclipses. The moon elliptically revolves around the earth. When the moon passes through the smaller orbit closer to the earth, we experience an annular solar eclipse.”

Further, Pattnaik advised people not to witness the event with bare eyes and suggested that there are many organisations webcasting the event from different parts of the world and the eclipse can be witnessed from home.