Shramik Special Trains Can Be Provided In 24 Hours Of Request 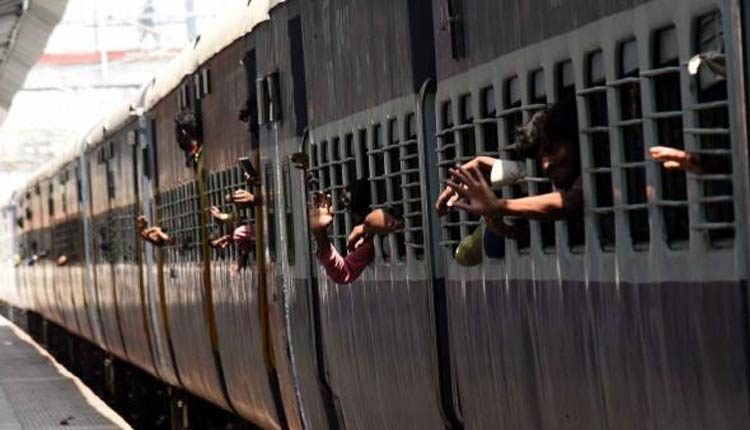 New Delhi: As the Supreme Court on Tuesday asked states to send migrant workers back to their native places within 15 days, the Indian Railways said it could provide the Shramik special trains within 24 hours of the receipt of request from state governments.

“Indian Railways is committed to continue providing comfortable and safe movement of migrants through Shramik special trains as required by states,” a Railway Ministry spokesperson said, here on Tuesday.

The railways has operated more than 4,347 Shramik special trains and ferried over 60 lakh migrant workers to their destination states since May 1.

“The Railway Ministry has requested the state governments to indicate their requirements about Shramik special trains and see that projected demand for movement of residual persons by the rail mode is well chalked out,” he said.

The Ministry stated this after the Supreme Court during the day issued a slew of directions to states and Union Territories to send the migrant workers back to their native places within 15 days, provide all benefits to them and submit schemes to generate employment for them.

The governments’ were also asked to withdraw cases against migrant workers for violating lockdown orders.

The spokesperson said Railway Board Chairman V.K. Yadav had written to states/UTs on May 29 and June 3 to stress that desired number of Shramik special trains would be provided within 24 hours of making of the request.

“Today too a letter has been sent to the Chief Secretaries emphasizing this,” he said. “It will also meet any additional demand that may arise over and above the projections given, at a short notice,” he said.

Provide Residual Demand For Shramik Special Trains For Movement Of Migrants By June 10: Railways To States

The railways has written to the states asking them to provide a “comprehensive residual” demand for Shramik Special trains to ferry migrants to their homes by June 10, hours after the Supreme Court directed the Centre to complete the process in the next 15 days.

The railways has run more than 4,347 Shramik Special trains to transport approximately 60 lakh persons to their destination states since May 1.

In a letter to the chief secretaries of the states, Chairman Railway Board V K Yadav said as per the order of the Supreme Court on Tuesday that in case of additional demand for Shramik Special trains, the railways will facilitate the movement of migrant workers within 24 hours of a request from the states

He said 141 such requests have already been placed by the states to the national transporter so far.

“In this context, you may please advise the comprehensive residual demand for Shramik Special Trains for movement of stranded workers from your state/UT along with the number of travellers, originating station, destination station, schedule and dates by which the transportation shall be completed.

“The details may kindly be communicated through an official letter by June 10,” he said in the letter issued on Tuesday.

Yadav had earlier written to the state governments on May 29 and June 3 seeking information on the projected demand for Shramik Special trains.

As of now, sources said, the railways has 13 such trains pending — 10 destined for West Bengal and one each for Bihar, Nagaland and Odisha — which are all scheduled to leave on Tuesday.

“I would like to assure you that Indian Railways will provide the desired number of Special Shramik Trains within 24 hours of the request. Indian Railways will also meet any additional demand that may arise over and above the projections given, at a short notice,” Yadav said in the letter.

The Supreme Court on Tuesday directed the Centre and state governments to send all the migrant workers to their native places within 15 days and formulate employment schemes after conducting their skill mapping to rehabilitate them.

It also directed the Centre to provide additional trains within 24 hours of states making the demand for sending the migrant workers back to their native places.

The bench directed the authorities to identify and register migrant workers who want to go back to their native places and conclude the exercise, including their transportation, within 15 days from Tuesday.

No Extension Of COVID-19 Weekend Shutdown In Odisha: SRC