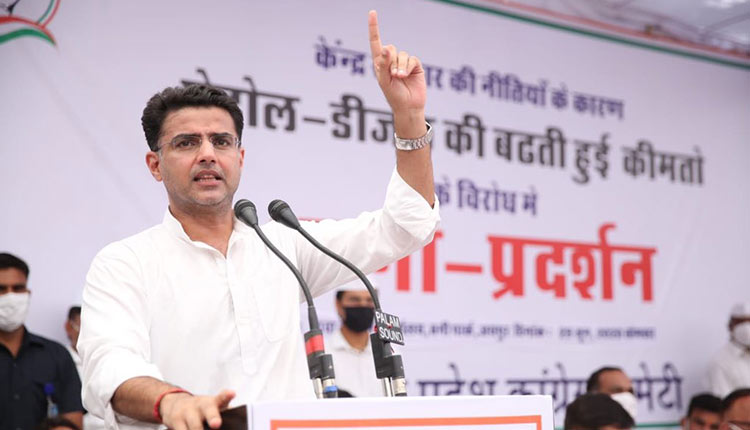 Jaipur: The Congress on Tuesday sacked Sachin Pilot from the posts of Rajasthan’s deputy chief minister and the party’s state unit chief.

Cracking the whip on the rebel party leader, the party also removed his loyalists Vishvendra Singh and Ramesh Meena from the state cabinet.

Surjewala said Sachin Pilot enjoyed the affection and blessings of Congress president Sonia Gandhi and was given political power at a young age. Yet, he and other ministers were trying to topple the state government as part of a BJP conspiracy, he added.

Shortly after being sacked as Rajasthan Deputy Chief Minister, Sachin Pilot tweeted a one-liner which reads, “Truth can be harassed, not defeated”