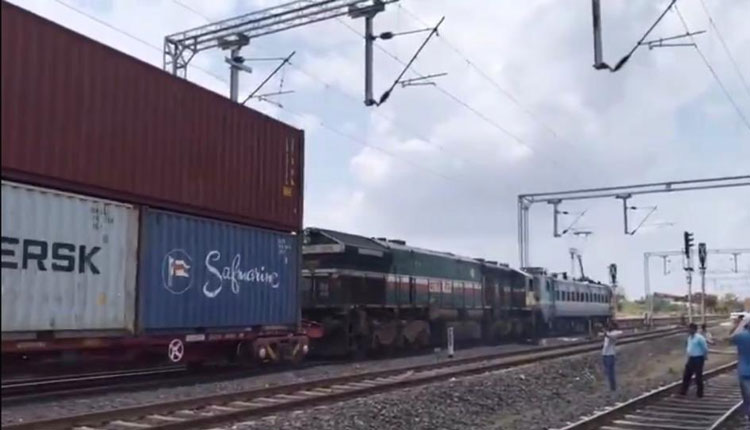 It said that the operations successfully commenced on Wednesday from Palanpur and Botad stations in Gujarat. “This tremendous achievement is a first of its kind in the entire world and will also boost the ambitious mission of Green India as a latest green initiative over Indian Railways,” it said.

The ministry said that the thrust of such kind of initiatives is on innovation, speed and customisation in freight operations. The Railway Ministry further said that inspite of time that was lost under the nationwide lockdown to combat the spread of novel coronavirus, the national transporter is focusing to surpass last year’s freight figures.

“From April 1 to June 10, Railways has transported 178.68 million tonnes of commodities through its uninterrupted freight trains operations across the country,” the ministry said, adding that from March 24 to June 10, more than 32.40 lakh wagons carried supplies to keep the supply chain functional.

Between April 1 and June 10, Railways loaded 12.74 million tonnes of food grains as compared to 6.79 million tonnes in the same period last year, it said.

Besides the freight train operations, the Railways from March 22 to June 10 operated 3,897 parcel trains of which 3,790 were time-tabled special parcel trains in which 1.39 lakh tonnes of consignment were loaded.

From Odisha With Love! 11,000 ‘Thank You’ Postcards On Way to Sonu Sood