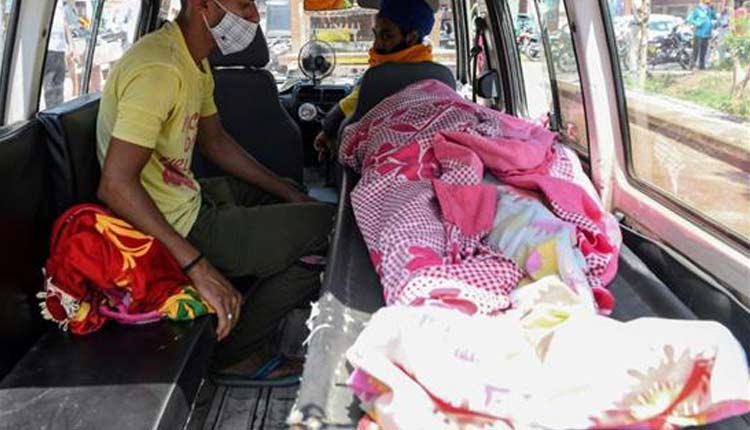 Chandigarh: The death toll in the Punjab spurious liquor tragedy rose to 105 with one more person reported dead in Gurdaspur’s Batala, officials said on Monday.

The maximum 80 deaths have been reported from Tarn Taran district, followed by 13 in Gurdaspur’s Batala and 12 in Amritsar. The tragedy has been unfolding since Wednesday evening.

According to officials, 10 people who had consumed spurious liquor are undergoing treatment at different hospitals in Tarn Taran.

Meanwhile, BJP’s national secretary Tarun Chugh slammed the Congress government in the state, holding it responsible for the tragedy.

Chugh sought a probe by a sitting judge of the high court into the case while rejecting the magisterial inquiry ordered by the state government. He also met families of the victims in Batala.

The government waited for the tragedy to happen rather than taking timely acting against culprits, he told mediapersons in Batala.

Activists of the SAD’s Youth Akali Dal also staged a dharna in Tarn Taran against the government.

Led by YAD chief Parambans Singh Romana, they alleged that some Congress MLAs were patronising the illicit liquor trade .

Romana sought the registration of an FIR against them and said the Shiromani Akali Dal will continue its protest till action was taken against the culprits.

We request the government to take heed or we will be forced to launch an agitation against the legislators as well as the chief minister, he said.

The protesters demanded a compensation of Rs 25 lakh for each of the families of the deceased.

It was nothing but pot calling the kettle black as similar incidents had occurred in 2012 and 2016 in Gurdaspur and Batala, respectively, during their regime, said Sodhi in an official statement.

Sodhi said in the Batala case, neither FIR was registered nor any action taken against the main accused.

Sensing the gravity of the matter, Chief Minister Amarinder Singh immediately ordered a magisterial inquiry by a divisional commissioner, who has been asked to submit his report within a month, the minister said.

Food and Civil Supplies Minister Bharat Bhushan Ashu said this is not the time to derive mileage and score political brownie points. The occasion demands that all political parties come together on a single platform and present a united front, he said.

The Punjab Police on Monday apprehended 12 more people, including two businessmen, and launched manhunt for a Ludhiana-based paint business owner who had allegedly supplied three drums of spurious liquor that triggered over 100 deaths.

Chief Minister Amarinder Singh asked Director General of Police (DGP) Dinkar Gupta to apprehend every person involved in the case and move swiftly to ensure stringent action against them.

Nobody should be spared, said Singh. The police have also launched a departmental inquiry against two DSPs and four SHOs, who were suspended for negligence.

With the latest arrests, the number people apprehended in the case have gone up to 37, including five kingpins of the illicit liquor mafia.