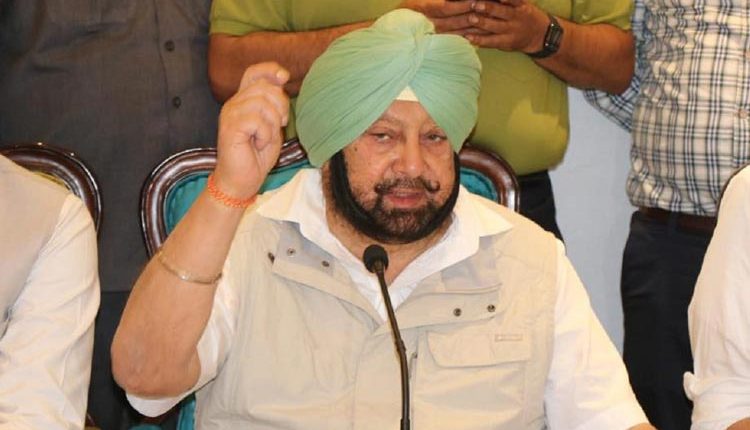 Chandigarh: Punjab Chief Minister Amarinder Singh on Saturday ordered the suspension of, and inquiry against, seven Excise and Taxation Officers and Inspectors, along with two DSPs and four SHOs of Punjab Police, in connection with the hooch tragedy, which has so far claimed 86 lives in the three districts of Tarn Taran, Amritsar rural and Gurdaspur.

He has also announced Rs 2 lakh ex-gratia compensation to each of the families of the deceased, most of whom are from Tarn Taran, which accounts for 64 deaths, followed by Amritsar Rural (12) and Gurdaspur (Batala) (11).

Strict action will be taken against any public servant or others if found complicit in the case, said the Chief Minister, describing the police and Excise Department’s failure to check the manufacturing and sale of spurious liquor as shameful.

Nobody will be allowed to get away with feeding poison to our people, he added.

Vowing stringent action against all those involved in the case, the Chief Minister warned those indulging in spurious liquor business to stop immediately or face grave consequences.

He said he had directed the police to trace the culprits and charge all the people involved in the case, in which he had on Friday ordered a magisterial inquiry by a Divisional Commissioner, who has been asked to submit his report within a month.

Such illegal acts are not acceptable, he said, asserting that the life of every single Punjabi was precious and he will not let people die to the greed of a few criminals.

Urging the Shiromani Akali Dal (SAD) President Sukhbir Singh Badal not to politicise the tragedy, in which so many families had been destroyed, Amarinder Singh said such cases had happened earlier too, including under the SAD-BJP regime.

Similar incidents had occurred in 2012 and 2016 in Gurdaspur and Batala respectively. Several lives were lost in these cases too, he pointed out, adding that in the Batala case, no FIR was even registered and no action taken against the main accused.

During the 13th edition of the Facebook Live #AskCaptain interaction, the Chief Minister announced the suspension of ETOs (Excise & Taxation Officers), Lovejinder Brar, from Gurdaspur, B.S. Chahal from Amritsar and Madhur Bhatia from Tarn Taran.

The Excise and Taxation Inspectors (ETIs) who have been suspended with immediate effect are Ravi Kumar (Gurdaspur), Gurdeep Singh (Amritsar) and Pukhraj from Fatehabad and Hitesh Prabhakar from Tarn Taran.

COVID-19 Testing To Be Increased In Cuttack City