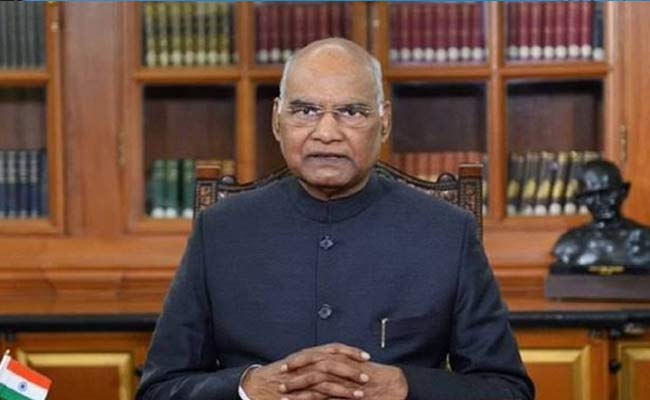 New Delhi: President Ram Nath Kovind on Thursday approved the Modi government’s ordinance on stricter punishment for the attacks on health workers across the country. With this, the ordinance will take the form of law across the country from now on.

With the approval of The Epidemic Diseases (Amendment) Ordinance, 2020, assault on health workers across the country has now become a non-bailable offense and the punishment can come within a year.

There were frequent reports of attacks on doctors and medical staff treating COVID-19 patients. The doctors decided to protest on Tuesday and Wednesday against the ever-increasing incidents. But after the intervention of the Home Minister and talks with the doctors, the government decided to amend the law to prevent these attacks. The cabinet approved the ordinance on Wednesday and on Thursday the President gave its approval.

This decision brings a change in the epidemic law which has been there since 1897.

Now after the changes, the attack on the corona warriors will be non-bailable. The investigation of the case will be completed in 30 days and a decision will come in a year. A sentence of three months to five years has been provided for an assault. A provision for fine has also been included — ranging from Rs 50,000 to two lakh. Also, if the attack on doctors and medical staff is serious, then there is a provision of punishment of up to seven years.

Soon after the Union cabinet amended the Epidemic Diseases Act, 1897 in order to ensure the safety of health workers, Prime Minister Narendra Modi took to Twitter to suggest that it showed his government’s “commitment” to protect the medical fraternity.

The Prime Minister tweeted: “The Epidemic Diseases (Amendment) Ordinance, 2020 manifests our commitment to protect each and every healthcare worker who is bravely battling COVID-19 on the frontline.”

Modi, who chaired the cabinet meeting, added, “It will ensure safety of our professionals. There can be no compromise on their safety.”

PM Narendra Modi: The Epidemic Diseases (Amendment) Ordinance, 2020 manifests our commitment to protect each and every healthcare worker who is bravely battling COVID-19 on the frontline.

It will ensure safety of our professionals. There can be no compromise on their safety! pic.twitter.com/VEJB1gzlRR