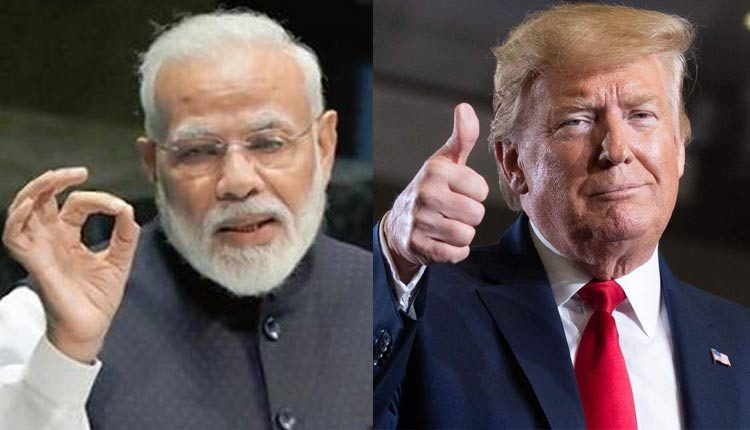 New Delhi: Prime Minister Narendra Modi, in a telephonic conversation with the US President Donald Trump on Tuesday, accepted his offer to be part of the ‘expanded G7′, the group of most powerful nations to discuss the collective approach to China.

Earlier this week, Trump decided to postpone the G7 meeting till September and invite India, Russia, Australia and South Korea to discuss a plan on how to deal with the future of China.

The US and China have been in an open confrontation since the outbreak of the coronavirus pandemic which originated in Wuhan.

The phone conversation is significant in view of the ongoing face-off between India and China along the Line of Actual Control (LAC) in Eastern Ladakh. Though Trump had offered to mediate between the two Asian giants to resolve the violent stand-off, neither India nor China used the services of his office.

Both India and China are talking using diplomatic channels to resolve the issue. Last week, however, Trump had claimed that Modi was not pleased with the Xi Jinping regime over the ongoing border conflict.

On Tuesday, an official statement of the Ministry of External Affairs said that Modi had a telephone conversation with Trump.

Had a warm and productive conversation with my friend President @realDonaldTrump. We discussed his plans for the US Presidency of G-7, #COVID-19 pandemic, & many other issues, tweets PM Narendra Modi

During the phone call, Trump spoke about the US Presidency of the Group of Seven, and “conveyed his desire to expand the ambit of the grouping beyond the existing membership, to include other important countries including India”.

In this context, the statement said, “He extended an invitation to Prime Minister Modi to attend the next G-7 Summit to be held in the US.”

The government, however, did not elaborate on the mechanics of the ‘expanded G7′ and in what capacity will India participate in the group.

Modi, as per the statement, commended Trump for his “creative and far-sighted approach, acknowledging the fact that such an expanded forum would be in keeping with the emerging realities of the post-Covid world.”

India would be happy to work with the US and other countries to ensure the success of the proposed summit, the Modi told Trump.

Modi also expressed his concerns regarding the ongoing civil disturbances in the US, and conveyed his best wishes for an early resolution of the situation, the statement said.

The two leaders also exchanged views on other topical issues, such as the Covid-19 situation in the two countries, the situation on the India-China border, and the need for reforms in the World Health Organization.

During the conversation, Trump warmly recalled his visit to India in February this year. Modi reciprocated by saying that the visit had indeed been memorable and historic on many accounts, and had also added new dynamism to the bilateral relationships.

The exceptional warmth and candour of the conversation reflected the special nature of the Indo-US ties, as well as the friendship and mutual esteem between both the leaders, the statement said.