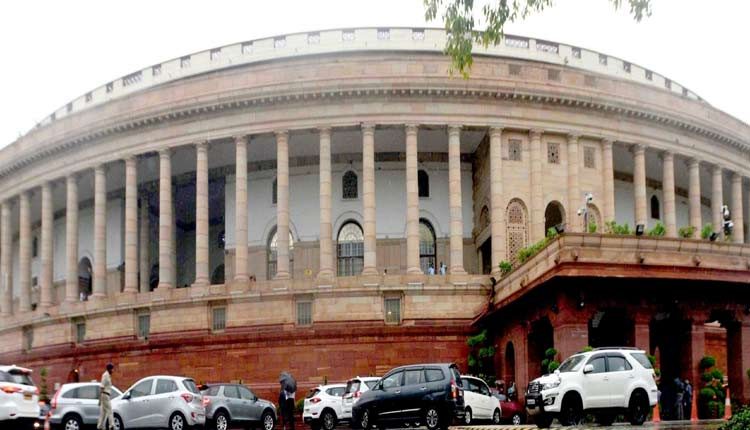 New Delhi: The Central Hall of Parliament is likely to host proceedings of Lok Sabha, with members maintaining social distancing norms and the lower house’s chamber may host Rajya Sabha for the monsoon session as both houses’ presiding officers – Vice President M. Venkiah Naidu and Speaker Om Birla – held a meeting on Monday to discuss the issue, said sources.

In the meeting of presiding officers, holding a virtual meet was also discussed, sources said.

After the Budget session ended abruptly on March 23 due to fear of the pandemic, the opposition has been demanding parliamentary oversight on the government functioning and has demanded a session on the ongoing crisis.

Congress’ chief spokesperson Randeep Surjewala said: “A virtual session of Indian Parliament should be called forthwith, all select committees and standing committees of the Parliament, constituted for the purpose of oversight over the Government and the executive should be activated without delay.”

The Central Hall is used for joint sittings of Parliament and during the rest of the year, MPs sit there during the break in house proceedings. It has the capacity to hold the Lok Sabha with the house’s 543 members maintaining social distancing norms. The upper house has 245 members.

Congress member and former Union Minister Manish Tewari has charged the government with being anti-parliament for avoiding the meeting of parliamentary committees.

In a tweet, Tewari said: “NDA/BJP is ANTI PARLIAMENT
1.Last 72 days no SOP’s for travel of MP’s-they have 02 places of work, Constituency&Delhi. 2. No Standing Comm Meetings allowed hiding behind rules-world functioning virtually. 3. One item of Govt expenditure slashed in 72 days-3800 Crores of MPLADS.”

His second point was a reference to the meeting of the Standing Committee of Home Affairs scheduled to meet on Wednesday being been postponed.”