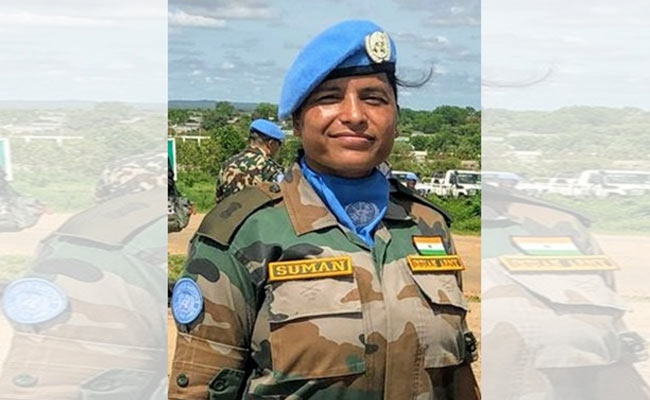 United Nations: An Indian Army Major, who has been selected for the 2019 UN Military Gender Advocate of the Year Award for her role in the organisation’s anti-sexual violence campaign, has been called a “powerful role model” by Secretary-General Antonio Guterres.

Major Suman Gawani, who is with the Army Signal Corps, through her “support, mentoring, guidance and leadership, she helped to create enabling environment for UN Peacekeepers” by combating sexual violence in conflict situations, the UN said on Tuesday announcing the award.

While deployed as a military observer with the UN Mission in South Sudan, Gawani “mentored over 230 UN Military Observers on conflict-related sexual violence and ensured the presence of women military observers in each of the Mission’s team sites”.

“She also trained South Sudanese government forces and helped them to launch their action plan on conflict-related sexual violence,” it added.

They will receive the award at a ceremony presided over by Guterres on Friday, which is observed as International Day of UN Peacekeepers.

“These peacekeepers are powerful role models,” Guterres said. “They have brought new perspectives and have helped to build trust and confidence among the communities we serve.”

Guterres has made ending sexual violence and exploitation in UN peace operations a priority and Atul Khare, the under-secretary-general for operational support has announced a zero-tolerance policy for peacekeepers.

“As we confront today’s challenges, their work has never been more important or relevant,” Guterres said.

Gawani said of her role: “Whatever our function, position or rank, it is our duty as peacekeepers to integrate an all genders perspective into our daily work and own it in our interactions with colleagues as well as with communities.”

COVID-19: None of us is safe until we all are, says UN chief