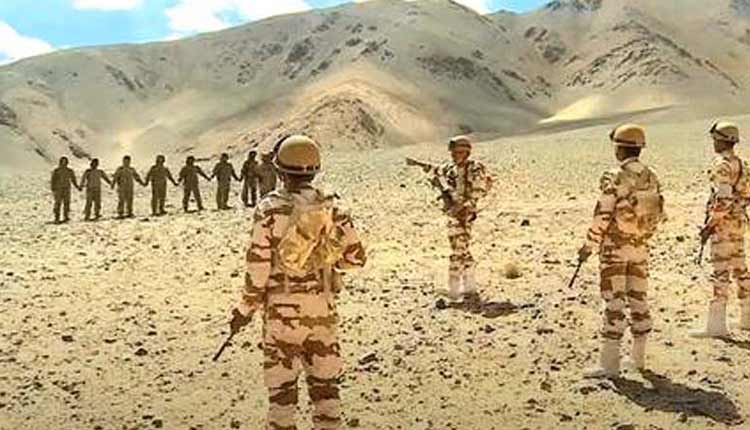 New Delhi: De-escalation at the Line of Actual Control has stopped for now as disengagement talks between India and China have hit a roadblock.

China has refused to move back from its present military position north of the Pangong Tso, sources said on Thursday.

Instead, China has asked the Indian Army to move back from Pangong Tso during the disengagement process along the LAC in eastern Ladakh.

After a meeting of the China Study Group (CSG) on Tuesday evening, India through a telephonic hotline in Ladakh conveyed to China that Indian troops are not moving back and the Chinese have to move back.

“West of Finger-4 was always firmly under Indian control and Beijing’s demand that the Indian Army move back was not acceptable,” sources said.

From Finger-4 eastwards till Finger-8 is the grey area where perceptions of the LAC differ. The area was patrolled by the Indian Army till April this year and neither side had put up any structure or occupied any land as per existing agreements.

The mountain spurs jutting into the lake are referred to as “fingers” in military parlance. During the meeting, it was decided that there was no question of diluting India’s stand.

“Future strategies for disengagement at the border are to be chalked out and till then the forces have been told to plan for a long haul,” said a source privy to the meeting.

The members of the China Study Group along with Defence Minister Rajnath Singh and External Affairs Minister S Jaishankar met on Tuesday to discuss the results of the dialogue during the fifth round of the corps commander-level talks with China.

India has found that the Chinese side has started troop, artillery and armour build-up in three sectors of the LAC — western (Ladakh), middle (Uttarakhand, Himachal Pradesh) and eastern (Sikkim, Arunachal Pradesh).

China has also mobilised soldiers near Uttarakhand’s Lipulekh Pass, a tri-junction between India, Nepal and China situated atop the Kalapani Valley. India had urged China to remove its forces from Pangong Lake and Gogra where disengagement has not taken place.

Chinese troops are also present in Depsang and they continue to block Indian soldiers from carrying out their traditional patrolling in the region. The two countries are locked in a three-month-long standoff at multiple points along the border, hitherto unprecedented.

China has changed the status quo at the LAC at various places, moving inside Indian territory. India has objected to it and is taking up the matter with China at all levels.