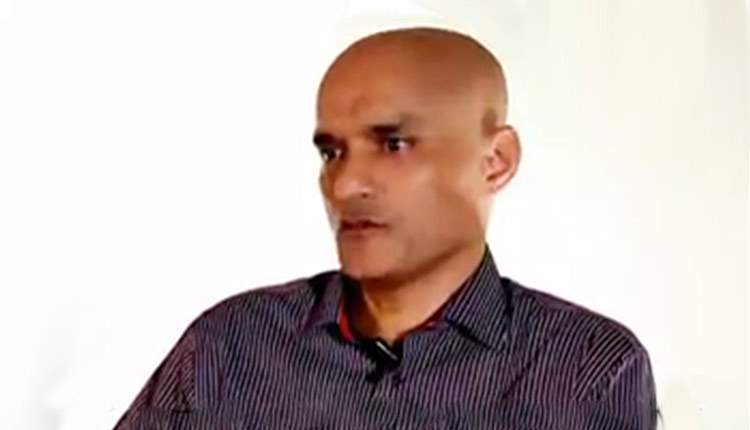 New Delhi:  India on Thursday said it was committed to protecting the life of Indian death row convict Kulbhushan Jadhav amid reports that the Islamabad High Court has constituted a two-member bench to hear a review petition in his case.

He was replying to a batch of questions relating to the case including reports that Islamabad High Court has constituted a bench to hear a review petition filed by the Pakistan government in the case.

“We reserve our position in the matter which includes the right to avail of further remedies,” Srivastava added.

India has been attacking Pakistan for failing to provide it unhindered and unimpeded consular access to Jadhav as mandated in a judgment by the International Court of Justice.

Srivastava said Pakistan has blocked all the avenues for an effective remedy available for India in the case.

In a unilateral move, Pakistan filed the petition in the Islamabad High Court on July 22, seeking appointment of a “legal representative” for Jadhav.

However, the main parties, including the Government of India, were not consulted ahead of the filing of the application by the Ministry of Law and Justice under an ordinance which was enacted on May 20.

Jadhav, a 50-year-old retired Indian Navy officer, was sentenced to death by a Pakistani military court on charges of espionage and terrorism in April 2017. India approached the International Court of Justice against Pakistan for denial of consular access to Jadhav and challenging the death sentence.

The Hague-based ICJ ruled in July 2019 that Pakistan must undertake an “effective review and reconsideration” of the conviction and sentence of Jadhav and also to grant consular access to India without further delay.

Pakistan enacted an ordinance called the ‘International Court of Justice Review and Reconsideration Ordinance 2020’ on May 20 under which a petition for the review of a military court’s decision can be made to Islamabad High Court through an application within 60 days of its promulgation.

The Pakistan government has claimed that Jadhav refused to file a review petition or an application to reconsider the verdict.

According to Pakistani media reports, Islamabad High Court on Thursday constituted a two-member bench to hear the review petition filed by the Pakistan government in Jadhav’s case.