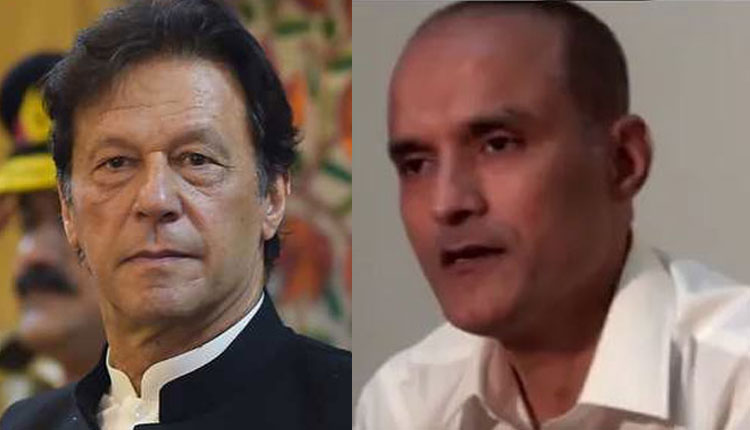 Islamabad: The Imran Khan government is expected to table the International Court of Justice (ICJ) Review and Re-consideration Ordinance 2020 in the National Assembly on Monday, even as it faces intense heat from the opposition on the issue.

The ordinance seeks to allow alleged Indian spy Kulbhushan Jadhav the facility to file an appeal in a high court against his conviction. The government maintains that this is necessary in view of the ICJ’s ruling in June last year, in which it had asked Pakistan to give Jadhav consular access while hearing an appeal filed by India against the death sentence handed to him through a military court trial process.

However, the opposition parties describes the ordinance as an attempt to facilitate a reprieve for Jadhav, who they call an Indian spy working for Research and Analysis Wing (RAW), in a sneaky manner through a suspected secret deal.

Major opposition parties are geared up to strongly oppose the ordinance in the Senate, the upper house of parliament, calling it a matter of “national security”.

Passing the ordinance in the lower house has become a major issue for the government as it has failed to present it at least twice in May, due to strong opposition.

“We want to be on the right side of the history. The government faces compulsion; we don’t have any compulsion,” said opposition Pakistan Muslim League-Nawaz (PML-N) leader Khawaja Asif.

Asif reminded that Prime Minister Imran Khan was quick to accuse former Prime Minister Nawaz Sharif of making a secret deal with Indian businessman Sajjan Jindal on Jadhav during his meeting with him in Murree.

“Purely political announcements were made by Imran Khan before coming in power in 2018. He did not realise the consequences of his accusations back then,” he said.

“In May 2017, Imran had told a political gathering at Ayub Stadium in Quetta that the execution of the convicted Indian spy had been withheld after Jindal visited Pakistan and met Nawaz Sharif,” he said adding that Imran Khan had even asked the Joint Investigation Team (JIT) constituted to probe the Sharif family’s foreign assets to also trace their business interests in India.

On the other hand, the government will be taking the matter up in a cabinet meeting before the ordinance is sent to the National Assembly for approval.

Federal Law Minister Dr. Farogh Naseem called on the opposition parties to avoid politics on the matter, insisting that “India will gain if an ordinance in line with the ICJ verdict is not passed”.

“This issue is highly sensitive and a matter of national importance. Promulgation of the ordinance is neither a National Reconciliation Ordinance (NRO) nor an appeal,” he said.

While the government has a compulsion to abide by the ICJ ruling, opposition parties are adamant at not allowing the measure easy transit through the legislature.

COVID-19: Fake News On Shutdown Leads To Frenzied Rush In Markets In Odisha