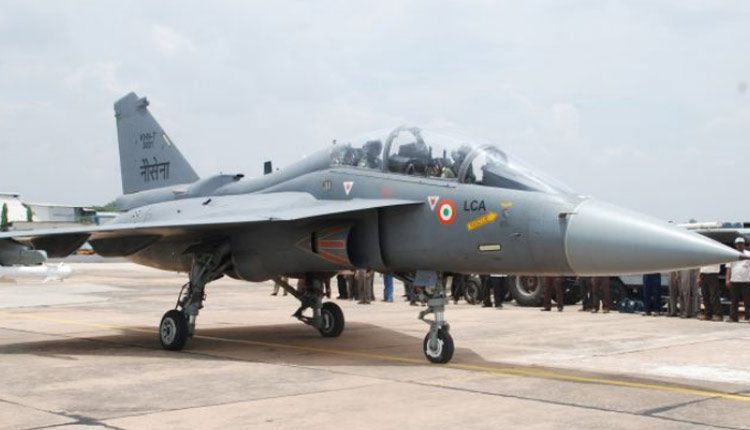 Coimbatore: The Indian Air Force (IAF) on Wednesday operationalised its no.18 Squadron, the “Flying Bullets”, at Sulur near here, equipping it with the fourth generation Mk1 LCA (Light Combat Aircraft) Tejas.

The indigenous tailless compound delta wing aircraft was inducted at an official ceremony in the presence of Air Chief Marshal RKS Bhadauria at the Sulur Air Force Station.

The No.18 Squadron will be the second one to have the home-made Tejas, after the 45 Squadron based here.

An all-faith prayer was held and a coconut broken to mark the induction of Tejas today.

The No 18 Squadron, formed in 1965 with the motto “Teevra aur Nirbhaya” meaning “Swift and Fearless,” was earlier flying MiG 27 aircraft.

The Squadron “actively participated” in the 1971 war with Pakistan.

The Squadron was “resurrected” on April 1 this year at Sulur.

Tejas is equipped with fly-by-wire flight control system, integrated digital avionics and multimode radar, while its structure is made of composite material.

It is also the “lightest and smallest” in its group of fourth generation supersonic combat aircraft,” a Defence release on Monday said.

Officials said Air Chief Marshal Bhadauria, who worked with the team that developed the Tejas jet, flew the aircraft which is part of the IAF’s 45 Squadron.

The Chief of Air Staff was in Sulur to operationalise the IAF’s 18 Squadron, which is codenamed as ‘Flying Bullets’. It will be the second squadron in the Indian Air Force to fly the Tejas aircraft.

The Tejas has been developed by the Aeronautical Development Agency and the HAL. The lifespan of the jet would be a minimum of 30 years just like any other front-line combat aircraft.

The combat jets are classified under various generations depending on their avionics, capability and weapons systems. The current fleet of fighter jets with the IAF range from three-and-half generation to the fourth generation.

The Indian Air Force has already placed an order for 40 Tejas and is likely to seal a contract “very soon” with HAL for another 83 aircraft at a cost of around Rs 38,000 crore.

A naval version of the Tejas light combat aircraft is in development stage.