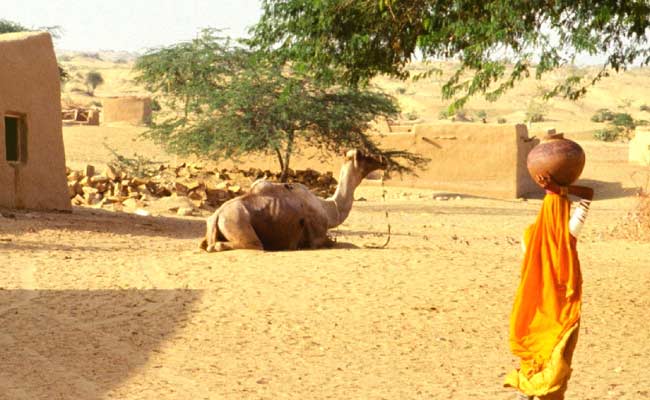 New Delhi: Heatwave conditions intensified in most parts of the northern states on Tuesday, with Churu in Rajasthan scorching at 50-degree Celsius and the mercury breaching the 47-degree mark in parts of the national capital.

The India Meteorological Department (IMD) had said earlier on Tuesday that heatwave conditions will peak due to the prevailing dry winds over Northwest India, Central India and adjoining interior parts of Eastern India.

Srivastava said that there will be a respite from May 28 night onwards when western disturbance will affect Northwest India and easterly winds will prevail in the lower levels.

The western disturbance is a cyclonic storm that originates in the Mediterranean Sea and travels across Central Asia. When it comes in contact with the Himalayas, it brings rains to the hills and the plains.

Besides the heatwave, due to strong southerly wind from Bay of Bengal, heavy to extremely heavy rainfall is expected at isolated places in Assam, Meghalaya and Arunachal Pradesh till May 28.

The Central Water Commission (CWC) of the Jal Shakti Ministry on Tuesday issued a flood alert for the Brahmaputra river in three districts of Assam.

Parts of Assam and the neighbouring states have been receiving heavy rains since the super cyclone Amphan weakened last week.