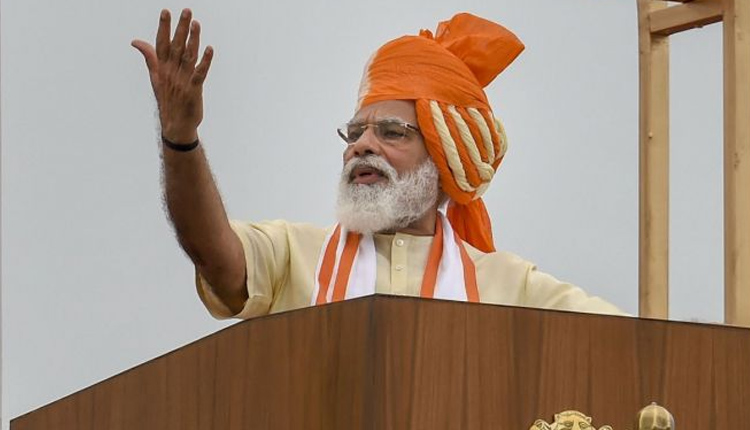 New Delhi: Speaking on the occasion of Independence Day from the ramparts of the Red Fort here, Prime Minister Narendra Modi made 10 major announcements on Saturday. He announced the launch of the National Digital Health Mission scheme, which gives health cards to every Indian, with immediate effect.

Prime Minister Modi also informed the country of a new Cyber Security Policy. The Prime Minister, while speaking about the much-awaited corona vaccine, said that work on not one but three vaccines is going on. The announcements were made by Modi during his one-and-a-half-hour speech starting 7 a.m.