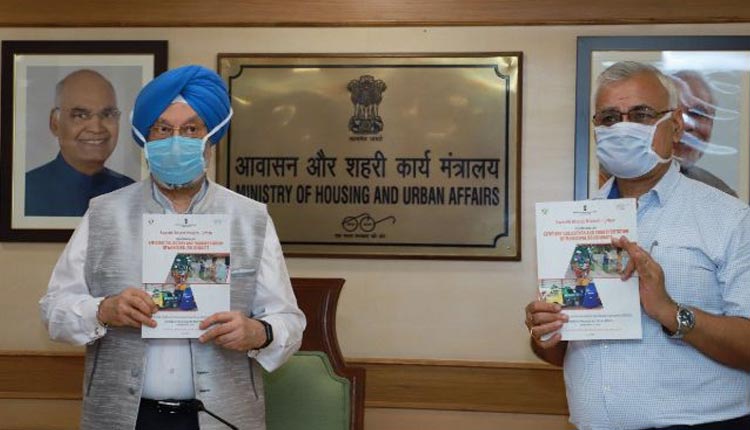 New Delhi: Union Minister Hardeep Singh Puri on Friday launched the ‘Swachh Survekshan 2021’- the sixth edition of the annual cleanliness survey and said the exercise this year will focus on wastewater treatment and other parameters.

According to the Housing and Urban Affairs Ministry, state ranking will also be announced under the survey, to be measured based on their fund utilisation and support to respective local bodies, among others.

At the event, Housing and Urban Affairs Minister Puri said that every year, the ‘Swachh Survekshan’ is redesigned innovatively to ensure the process becomes more robust with focus on sustaining the behaviour change.

“Like in the last year, keeping in mind the ministry’s efforts towards ensuring the sustainability of the sanitation value chain, the SS 2021 indicators focus on parameters pertaining to wastewater treatment and reuse along with faecal sludge,” he said.

The survey will categorise cities on the basis of six indicator-wise performance criteria — segregation of waste into wet, dry and hazard categories; processing capacity against wet waste generated; processing and recycling of wet and dry waste; construction & demolition (C&D) waste processing; the percentage of waste going to landfills; and sanitation status of cities.

The ministry said that ‘Swachh Survekshan 2020’ had seen unprecedented participation of 1.87 crore citizens.

The ‘Swachh Survekshan 2019’ which not only covered 4,237 cities but was also the first-of-its-kind completely digital survey completed in a record time of 28 days, it said in a statement.