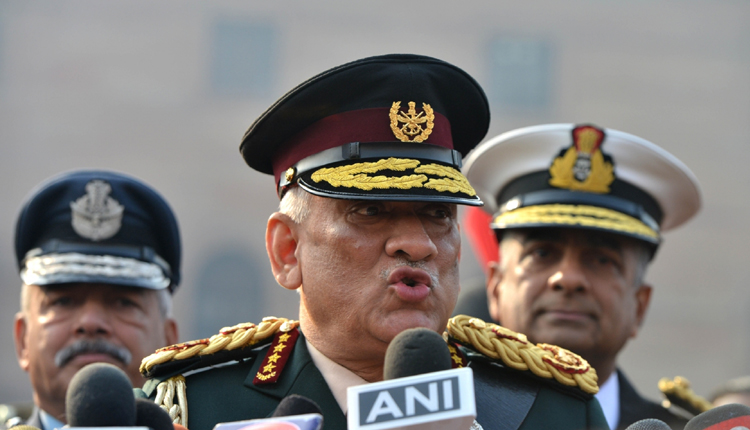 New Delhi: As India rushes to procure winter clothing for thousands of troops positioned along the disputed India and China border, the army headquarters has contradicted the government’s auditor findings about alleged shortage and use of sub-standard snow goggles, multipurpose boots and other high-altitude clothing and equipment essential in reserves for troops posted in areas such as Ladakh and Siachen.

The CAG had alleged irregularities in the selection of “inferior” rucksacks that didn’t meet specifications listed in the contract. To this, the Indian Army pointed out that the inconsistencies in lab testing led to a dispute between Directorate General Quality Assurance and supplier. The force said that a joint receipt inspection was also undertaken after intervention of an empowered committee. The force said, “No compromise on quality of stores and no defect report was received from troops till date.”

The auditor had flagged that there was a shortage of Boot MP during 2016 and users had to wear recycled boots. To this Indian Army stated that observation of the auditor was based on a minute of provisioning review discussion held in 2013. The data of actual available stocks now provided for audit reconciliation. “There is no shortage of Boot MP manifested during the period of audit,” the force said during the meeting.

On the CAG finding about Boot Combat RI and mattress MK-II not utilised within shelf life, the force stated that shelf life is a guideline and items were serviceable and the stores listed in the audit were issued and fully utilised by troops. The force also stated that there was no complaint on quality received and there is no loss to state due to shelf-life management.

The auditor found that three items of special clothing and mountaineering equipment were issued to units after the expiry of shelf life. The forces replied that shelf life extension of stores is a regular process and all items were gainfully utilised. Again the force pointed that there was “no case of loss to state due to shelf life expiry.

The auditors had also flagged that there was no holding of Army Headquarters Reserves in special clothing and mountaineering equipment and there was varying shortage amongst various items.

The force replied that Army Headquarters Reserves are now being built up. “Discounting reserves, availability of stocks with troops was adequate. Local purchases for urgent requirements are undertaken,” the force stated in the meeting.

The CAG had flagged that there was procurement of sub-standard face masks between December 2012 and December 2014. The force replied that the in-service face mask was a DRDO product provided after user trials and approval. “An improved product sought by users. Routine supplies of in-service face masks were continued till a new product was approved by the user,” the force stated.

The auditor pointed to procurement of old specification and substandard sleeping bags at an extra cost of Rs 7.74 crore. The force pointed that no substandard items were accepted and stores received detailed testing.

The force also pointed out that there were no defect reports till date. About extra cost, the force explained that procurement is based on minimum requirement and user approval through trials by troops in operations.